Alnitak and the Flame Nebula 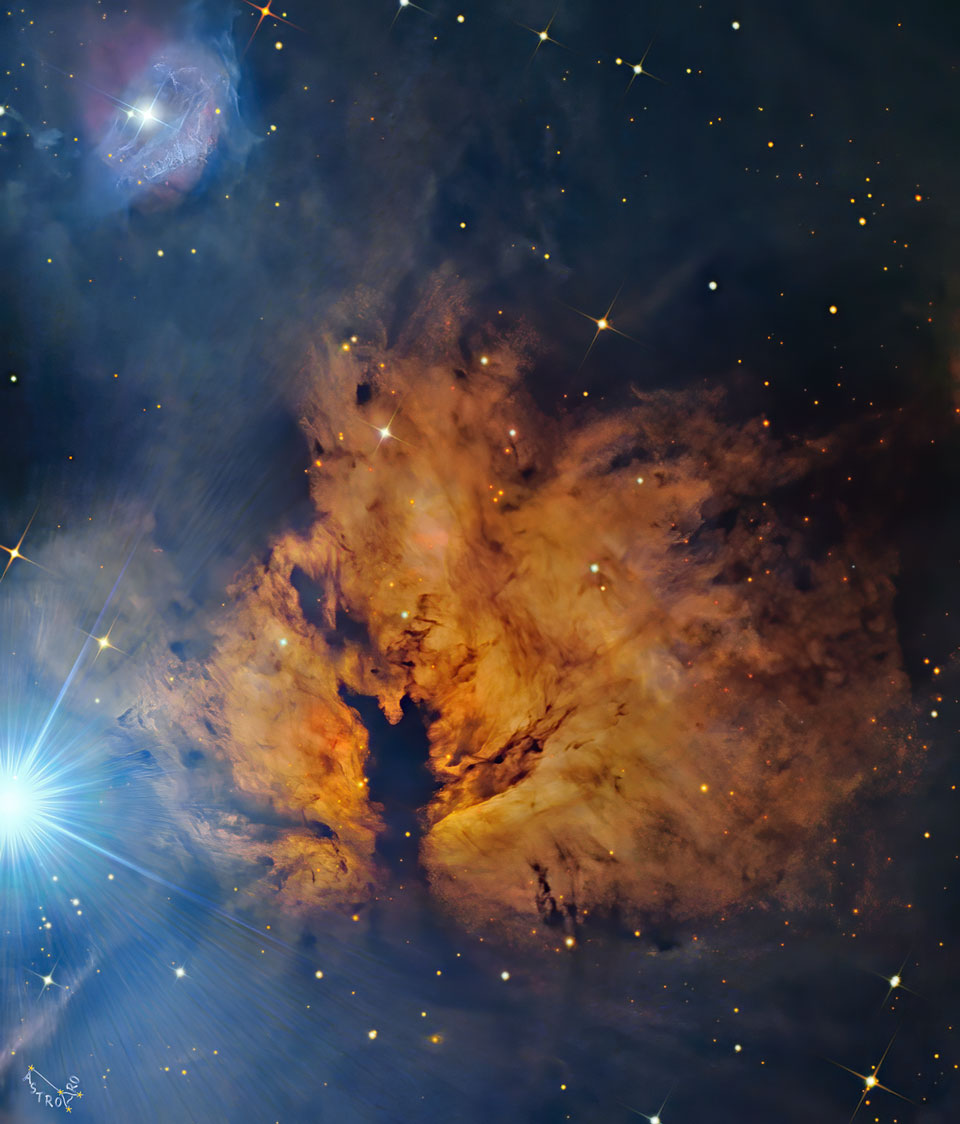 What lights up the Flame Nebula? Fifteen hundred light years away towards the constellation of Orion lies a nebula which, from its glow and dark dust lanes, appears, on the left, like a billowing fire. But fire, the rapid acquisition of oxygen, is not what makes this Flame glow. Rather the bright star Alnitak, the easternmost star in the Belt of Orion visible on the far left, shines energetic light into the Flame that knocks electrons away from the great clouds of hydrogen gas that reside there. Much of the glow results when the electrons and ionized hydrogen recombine. The featured picture of the Flame Nebula (NGC 2024) was taken across three visible color bands with detail added by a long duration exposure taken in light emitted only by hydrogen. The Flame Nebula is part of the Orion Molecular Cloud Complex, a star-forming region that includes the famous Horsehead Nebula. via NASA https://ift.tt/3uOFGoh
Posted by Nadia Zagainova at 9:09 PM