Excellent results of the Canadian team at the 13th International Olympiad on Astronomy and Astrophysics!


The Ministry of Human Resources of Hungary organized the 13th International Olympiad on Astronomy and Astrophysics (IOAA), which was held in Keszthely from August 2 to 10, 2019.
Hungary is a small, but centrally located country in the Carpathian basin in the middle of Central Europe. Hungary has a special language, unique traditions and lovely folklore, all worth to enjoy. Lake Balaton, the Hungarian Sea, is the largest Central European shallow lake. With the surrounding beautiful panorama monadnock hills, it is one of the most popular tourist destinations in Hungary for foreigners. In Hungary, the science and university education of astronomy dates back to the 15th century, while the oldest presently existing observatory was founded in 1776. In the 19th century Hungarian astronomy became part of the international science flow, and since then, our top researchers participate in the highest-end international science stream in astronomy.
The 13th IOAA was very well organized. 46 countries took part in the Olympiad. All participants were accommodated in excellent hotels. There were many excursions and interesting meetings.
All rounds (theoretical, observation, data analysis) and  team competition were well organized too.
The Canadian team consisted of the winners of the International Physics and Astrophysics Olympiad, the Canadian Astronomical Olympiad and the CAP contest, as follows:
1.     Felix Yu
2.     Yuheng Xu
3.     Zhening Li
4.     Eric Myzelev
5.     Yichuan Wang
The team was accompanied by leaders: Dr. Vera Zagainova and Konstantin Toubis.

Our Results
Gold, silver and bronze medals won by Zhening Li, Yuheng Xu, Felix Yu.
Yichuan Wang has an honorable mention.
For the first time, the Canadian team won personal gold!
I am proud of my students and sincerely congratulate them and their parents
who raised such wonderful children! 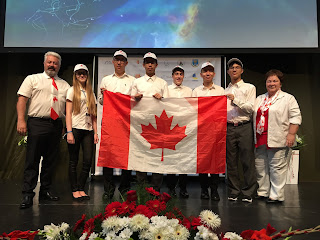 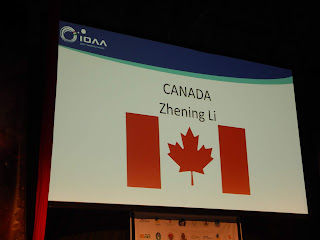 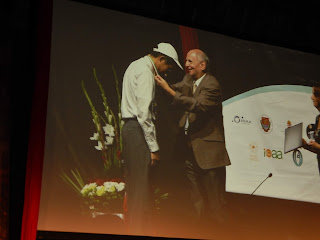 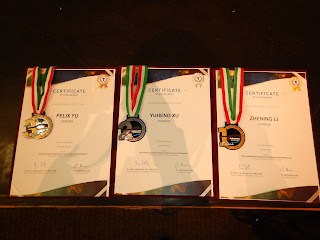