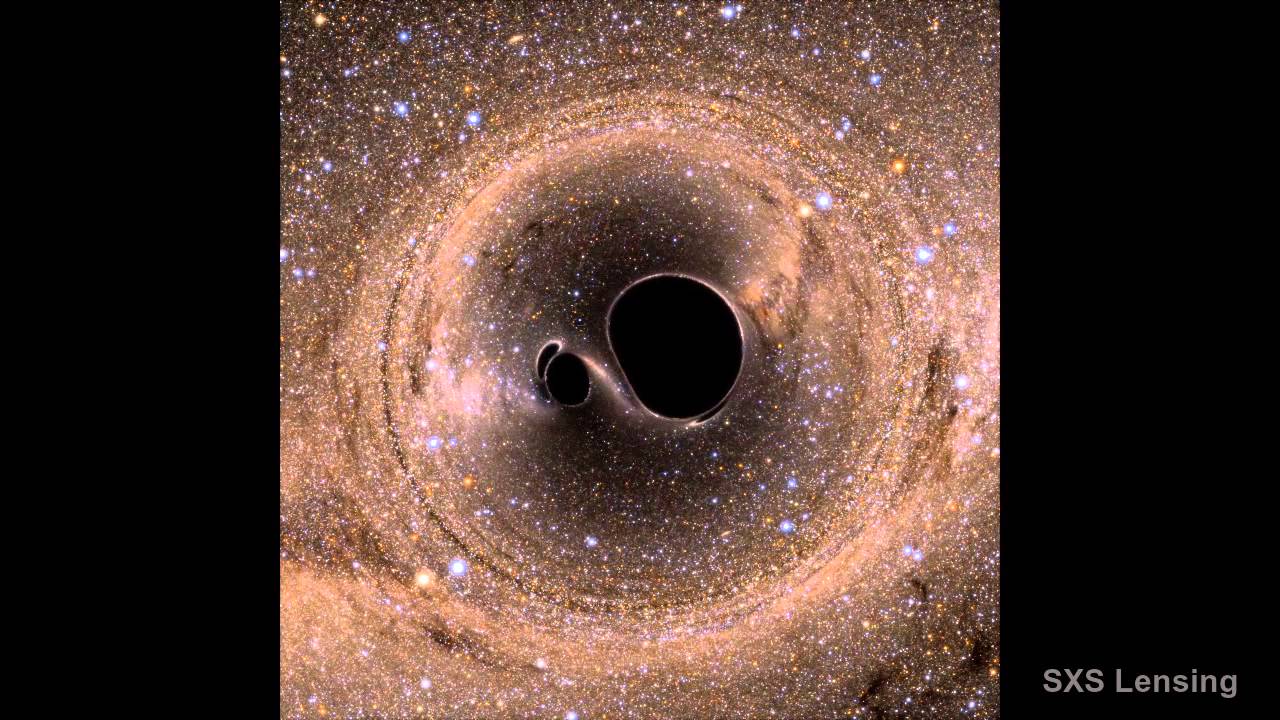 What happens when two black holes collide? This extreme scenario occurs in the centers of many merging galaxies and multiple star systems. The featured video shows a computer animation of the final stages of such a merger, while highlighting the gravitational lensing effects that would appear on a background starfield. The black regions indicate the event horizons of the dynamic duo, while a surrounding ring of shifting background stars indicates the position of their combined Einstein ring. All background stars not only have images visible outside of this Einstein ring, but also have one or more companion images visible on the inside. Eventually the two black holes coalesce. The end stages of such a merger is now known to produce a strong blast of gravitational radiation, providing a new way to see our universe. via NASA https://ift.tt/3fZiWgS
Posted by Nadia Zagainova at 9:09 PM