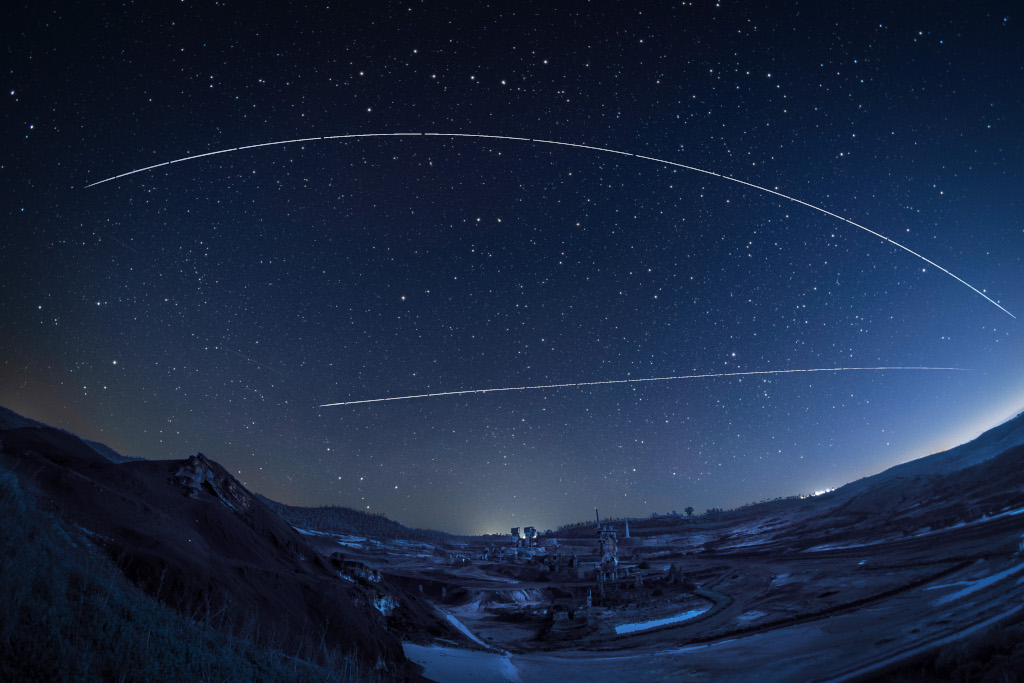 On January 3, two space stations already illuminated by sunlight in low Earth orbit crossed this dark predawn sky. Moving west to east (left to right) across the composited timelapse image China's Tiangong Space Station traced the upper trail captured more than an hour before the local sunrise. Seen against a starry background Tiangong passes just below the inverted Big Dipper asterism of Ursa Major near the peak of its bright arc, and above north pole star Polaris. But less than five minutes before, the International Space Station had traced its own sunlit streak across the dark sky. Its trail begins just above the W-shape outlined by the bright stars of Cassiopeia near the northern horizon. The dramatic foreground spans an abandoned mine at Achada do Gamo in southeastern Portugal. via NASA https://ift.tt/n9r2gJe
Posted by Nadia Zagainova at 10:12 PM