Meteor and Milky Way over the Mediterranean 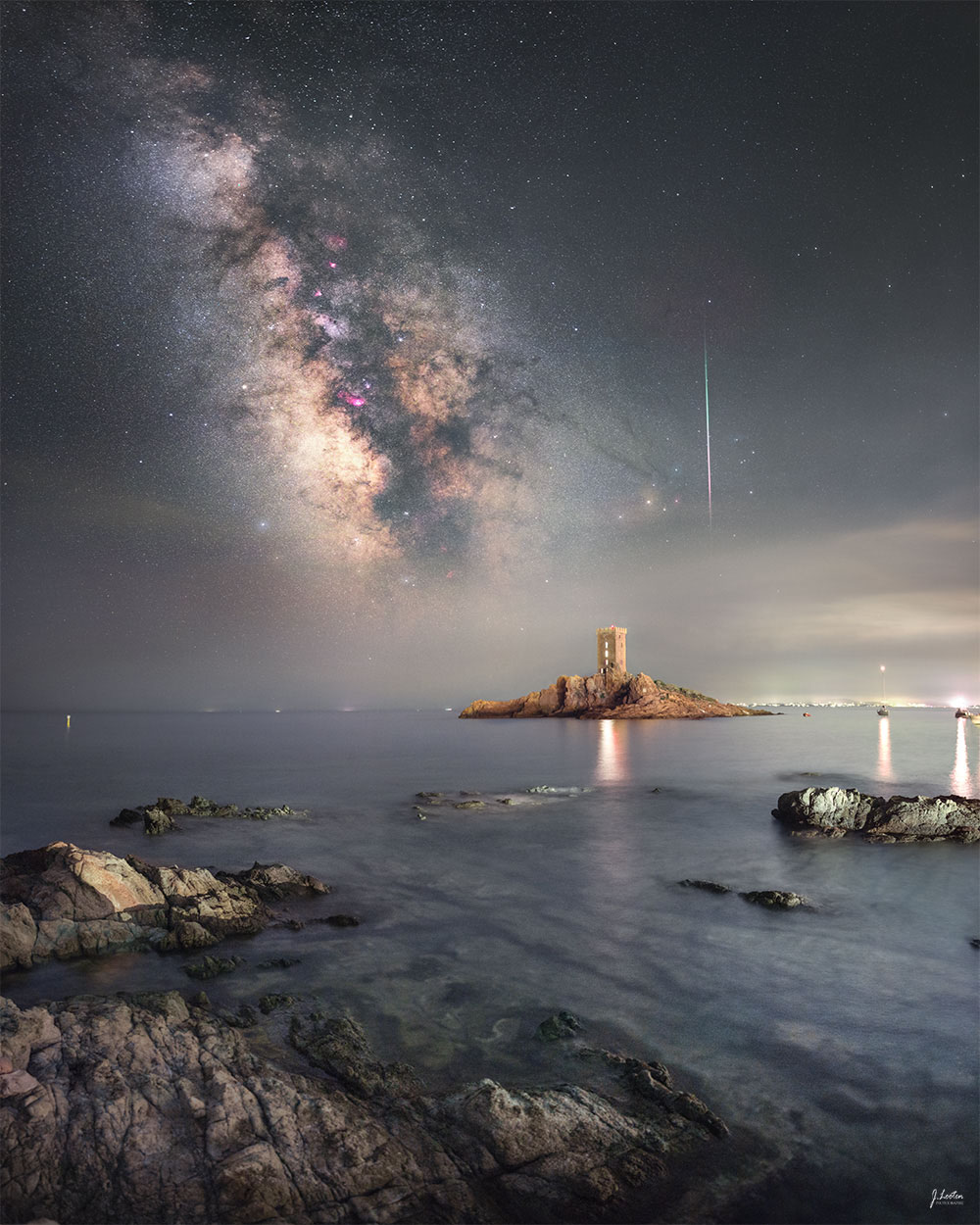 Careful planning made this a nightscape to remember. First, the night itself was chosen to occur during the beginning of this year's Perseid Meteor Shower. Next, the time of night was chosen to be before the bright Moon would rise and dominate the night sky's brightness. The picturesque foreground was selected to be a rocky beach of the Mediterranean Sea in Le Dramont, France, with, at the time, Ã®le dâ€™Or island situated near the ominously descending central band of our Milky Way Galaxy. Once everything was set and with the weather cooperating, all of the frames for this seemingly surreal nightscape were acquired within 15 minutes. What you can't see is that, on this night, the astrophotographer brought along his father who, although unskilled in modern sky-capture techniques, once made it a point to teach his child about the sky. via NASA https://ift.tt/JSixnTg
Posted by Nadia Zagainova at 10:09 PM