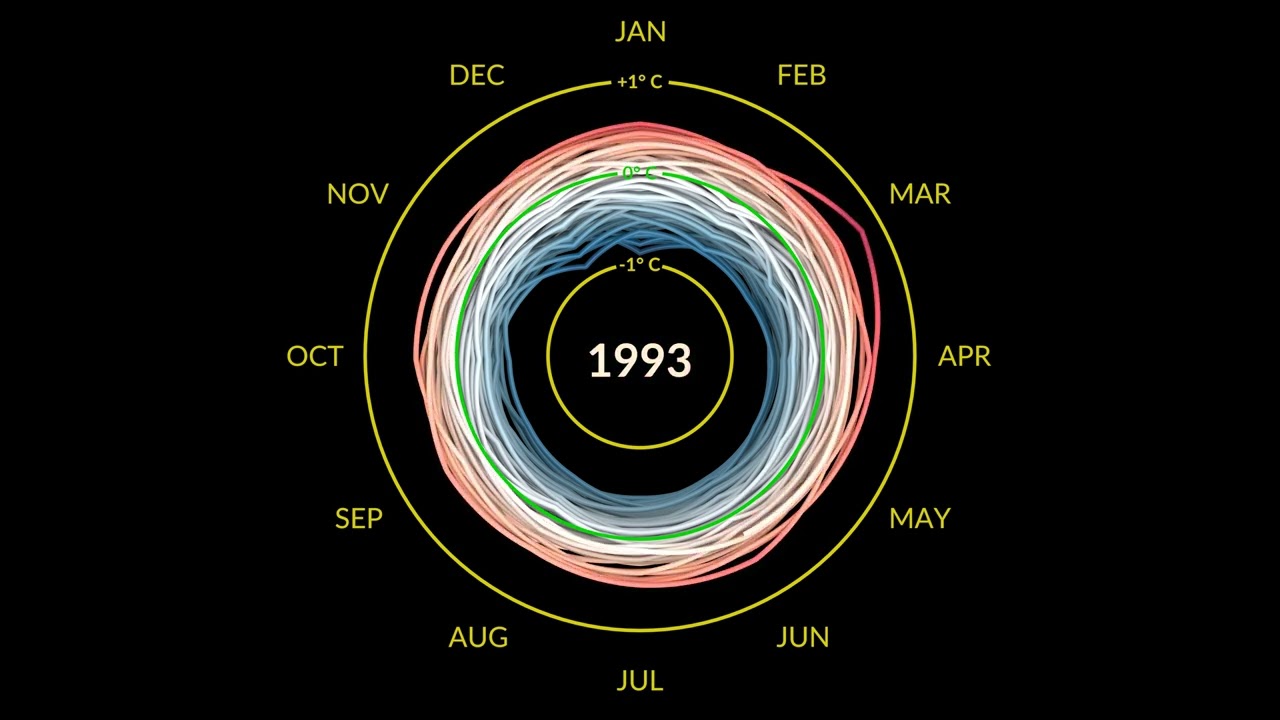 Is our Earth warming? Compared to the past 250 million years, the Earth is currently enduring a relative cold spell, possibly about four degrees Celsius below average. Over the past 120 years, though, data indicate that the average global temperature of the Earth has increased by nearly one degree Celsius. The featured visualization video depicts Earth's recent global warming in graphic terms. The depicted temperatures are taken from the Goddard Institute for Space Studies' Surface Temperature Analysis. Already noticeable by many, Earth's recent warming trend is causing sea levels to rise, precipitation patterns to change, and pole ice to melt. Few now disagree that recent global warming is occurring, and the Intergovernmental Panel on Climate Change (IPCC) has concluded that we humans have created a warming surge that is likely to continue. A continuation could impact many local agricultures and even the global economy. Although there seems to be no simple solutions, geoengineering projects that might help include artificial cloud creation to reduce the amount of sunlight heating the Earth's surface. via NASA https://ift.tt/mhwnNd6
Posted by Nadia Zagainova at 10:08 PM