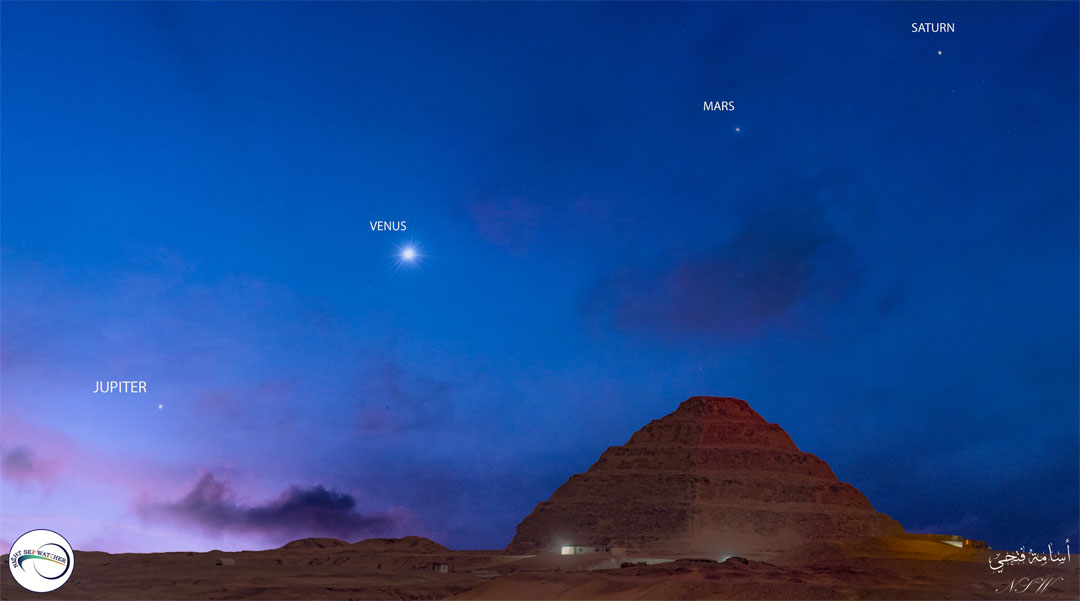 The early morning planet parade continues. Visible the world over, the planets Jupiter, Venus, Mars and Saturn have been lining up in the pre-dawn sky since mid-April. In the featured image taken last month, these planets were captured over the Step Pyramid of Djoser, a UNESCO World Heritage Site. Located in the Saqqara necropolis of Egypt, the pyramid was constructed in the 27th century BC and is one of the oldest pyramids known. The two-image composite includes a foreground image taken during evening blue hour, and a background image captured from the same location the following morning. The morning planet line-up is slowly changing. At the end of last month, planets Jupiter and Venus switched places, while at the end of this month, Jupiter and Mars will switch after passing within one-degree of each other. Of course, this picturesque planetary angular alignment is a coincidence, as all of these worlds continue to orbit the Sun as they have for billions of years, well before even the ancient Pyramid of Djoser was built. via NASA https://ift.tt/5fZiotK
Posted by Nadia Zagainova at 10:09 PM