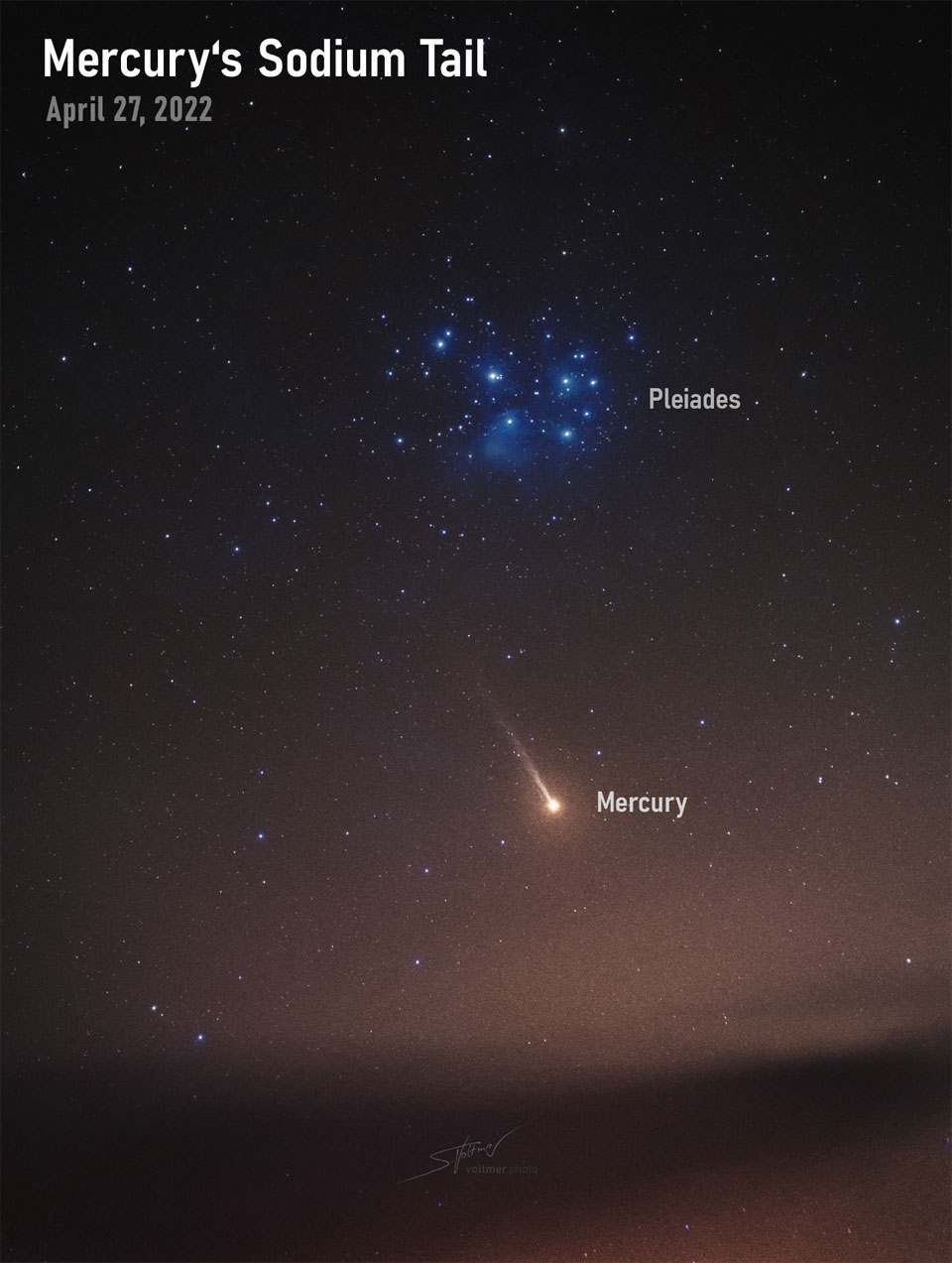 That's no comet. Below the Pleiades star cluster is actually a planet: Mercury. Long exposures of our Solar System's innermost planet may reveal something unexpected: a tail. Mercury's thin atmosphere contains small amounts of sodium that glow when excited by light from the Sun. Sunlight also liberates these molecules from Mercury's surface and pushes them away. The yellow glow from sodium, in particular, is relatively bright. Pictured, Mercury and its sodium tail are visible in a deep image taken last week from La Palma, Spain through a filter that primarily transmits yellow light emitted by sodium. First predicted in the 1980s, Mercury's tail was first discovered in 2001. Many tail details were revealed in multiple observations by NASA's robotic MESSENGER spacecraft that orbited Mercury between 2011 and 2015. Tails, of course, are usually associated with comets. via NASA https://ift.tt/oyAlMns
Posted by Nadia Zagainova at 10:09 PM