The Tail of a Christmas Comet 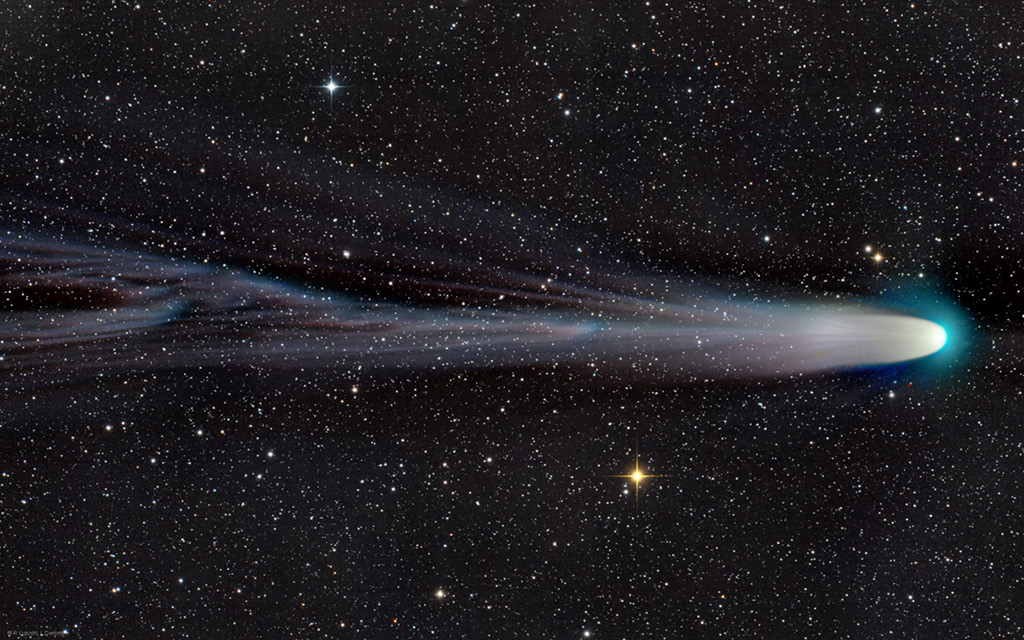 The tail of a comet streams across this three degree wide telescopic field of view captured under dark Namibian skies on December 21. In outburst only a few days ago and just reaching naked eye visibility Comet Leonard (C/2021 A1) is this year's brightest comet. Binoculars will make the diffuse comet easier to spot though, close to the western horizon after sunset. Details revealed in the sharp image show the comet's coma with a greenish tinge, and follow the interaction of the comet's ion tail with magnetic fields in the solar wind. After passing closest to Earth on December 12 and Venus on December 18, Comet Leonard is heading toward perihelion, its closest approach to the Sun on January 3rd. Appearing in late December's beautiful evening skies after sunset, Comet Leonard has also become known as 2021's Christmas Comet. via NASA https://ift.tt/3qriJXl
Posted by Nadia Zagainova at 10:08 PM