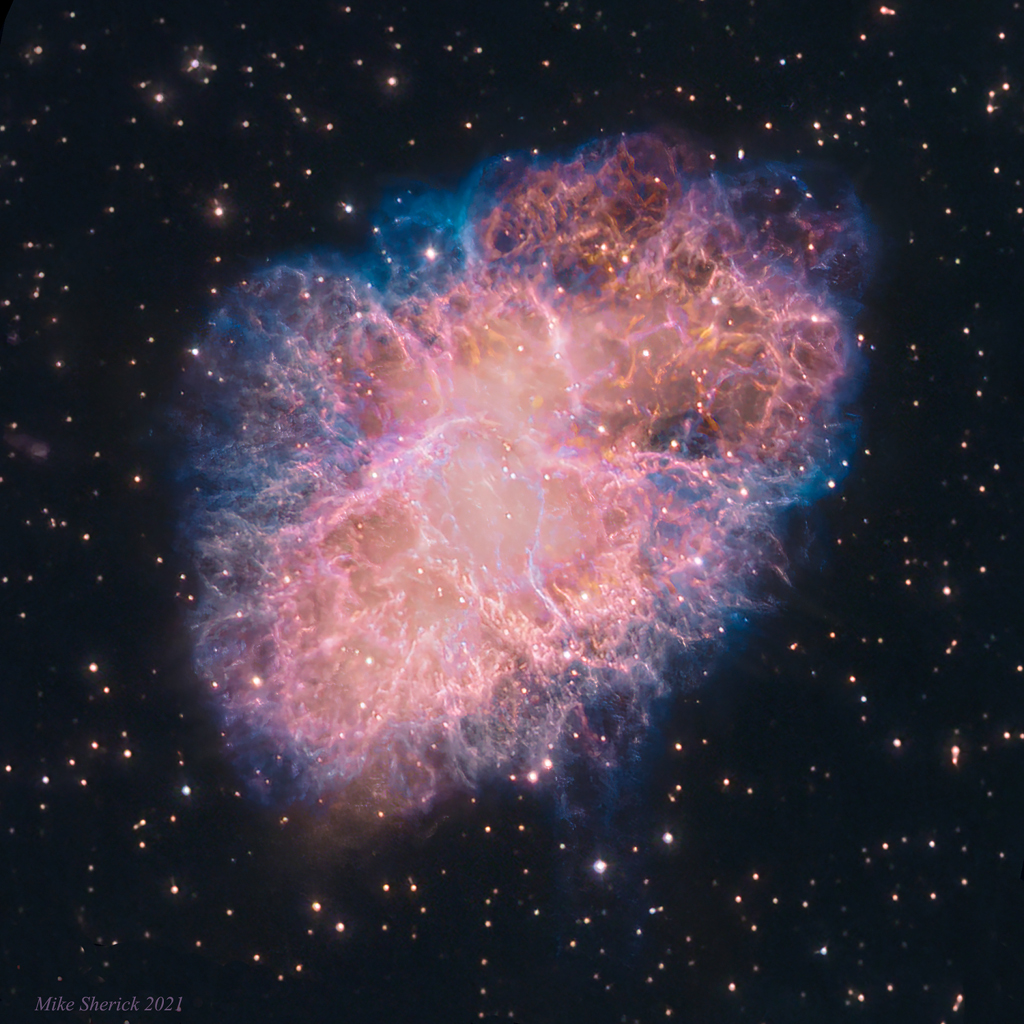 The Crab Nebula is cataloged as M1, the first object on Charles Messier's famous 18th century list of things which are not comets. In fact, the Crab is now known to be a supernova remnant, debris from the death explosion of a massive star, witnessed by astronomers in the year 1054. This sharp, ground-based telescopic view combines broadband color data with narrowband data that tracks emission from ionized sulfur, hydrogen, and oxygen atoms to explore the tangled filaments within the still expanding cloud. One of the most exotic objects known to modern astronomers, the Crab Pulsar, a neutron star spinning 30 times a second, is visible as a bright spot near the nebula's center. Like a cosmic dynamo, this collapsed remnant of the stellar core powers the Crab's emission across the electromagnetic spectrum. Spanning about 12 light-years, the Crab Nebula is a mere 6,500 light-years away in the constellation Taurus. via NASA https://ift.tt/3enJ7vY
Posted by Nadia Zagainova at 10:08 PM