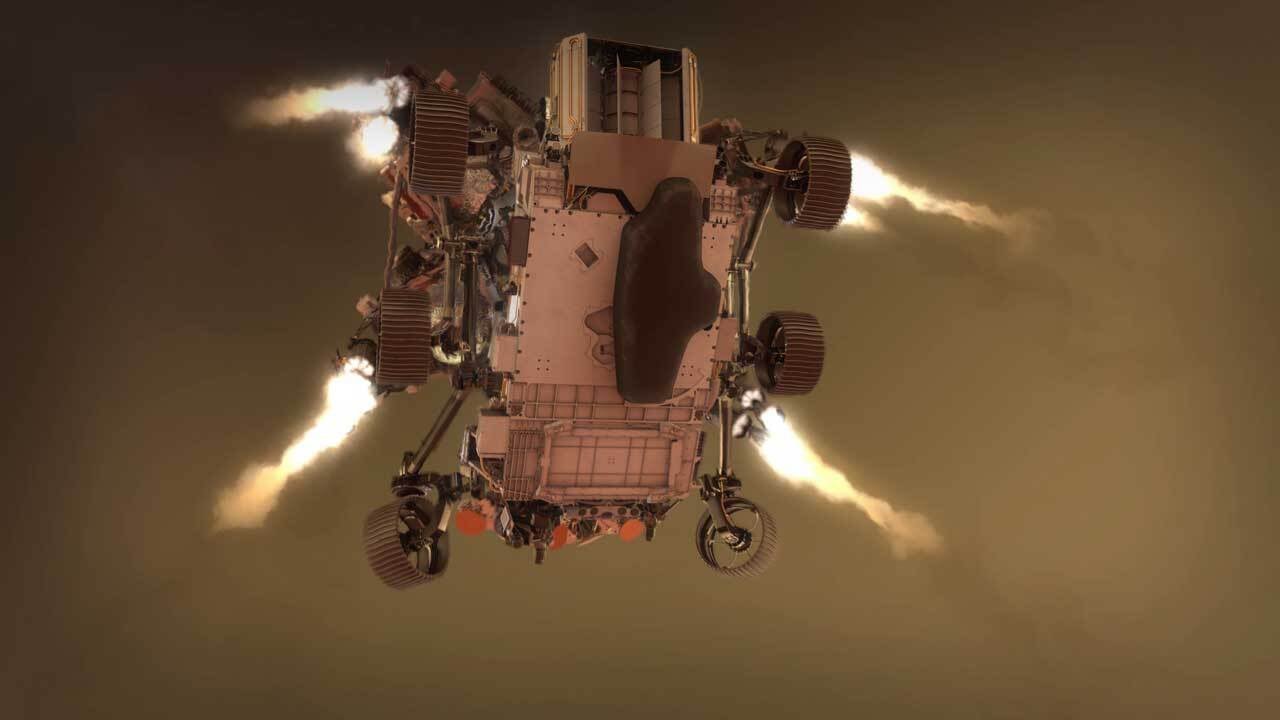 How hard is it to land safely on Mars? So hard that many more attempts have failed than succeeded. The next attempt will be on Thursday. The main problem is that the Martian atmosphere is too thick to ignore -- or it will melt your spacecraft. On the other hand, the atmosphere is too thin to rely on parachutes -- or your spacecraft will crash land. Therefore, as outlined in the featured video, the Perseverance lander will lose much of its high speed by deploying a huge parachute, but then switch to rockets, and finally, assuming everything goes right, culminate with a hovering Sky Crane that will slowly lower the car-sized Perseverance rover to the surface with ropes. It may sound crazy, but the Curiosity rover was placed on Mars using a similar method in 2012. From atmospheric entry to surface touch-down takes about seven minutes, all coordinated by an onboard computer because Mars is too far away for rapid interactive communication. During this time, humans on Earth will simply wait to hear if the landing was successful. Last week, UAE's Hope spacecraft successfully began orbiting Mars, followed a day later by the Chinese Tianwen-1 mission, which will likely schedule a landing of its own rover sometime in the next few months. via NASA https://ift.tt/3ddTsv3
Posted by Nadia Zagainova at 10:09 PM