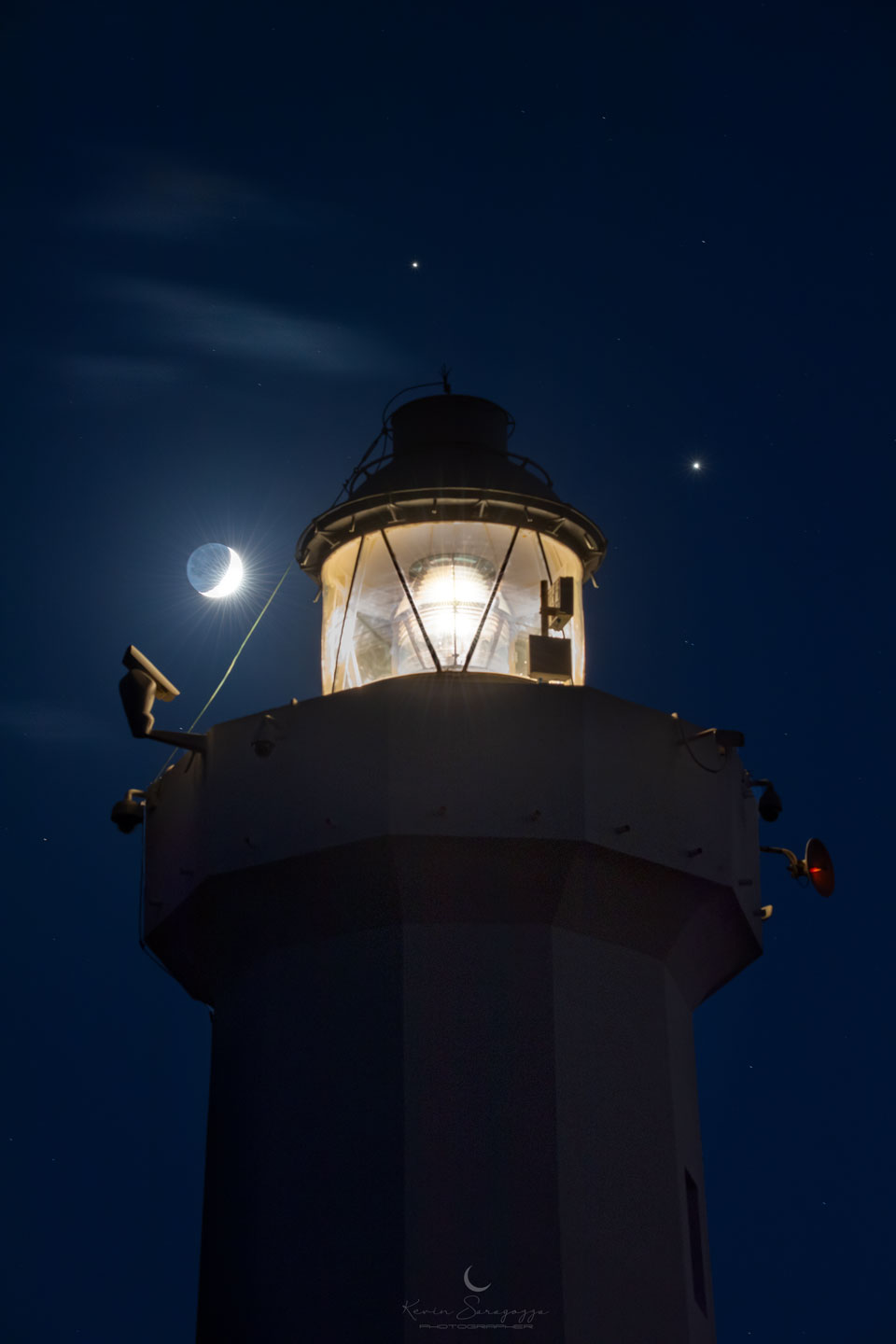 Donâ€™t miss the coming great conjunction. In just under two weeks, the two largest planets in our Solar System will angularly pass so close together in Earth's sky that the Moon would easily be able to cover them both simultaneously. This pending planetary passage -- on December 21 -- will be the closest since 1623. Jupiter and Saturn will remain noticeably bright and can already be seen together toward the southwest just after sunset. Soon after dusk is the best time to see them -- because they set below the horizon soon after. In mid-November, the Jovian giants were imaged together here about three degrees apart -- and slowly closing. The featured image, including a crescent moon, captured the dynamic duo beyond the Cape Murro di Porco Lighthouse in Syracuse, Sicily, Italy. via NASA https://ift.tt/37KvKC7
Posted by Nadia Zagainova at 9:09 PM