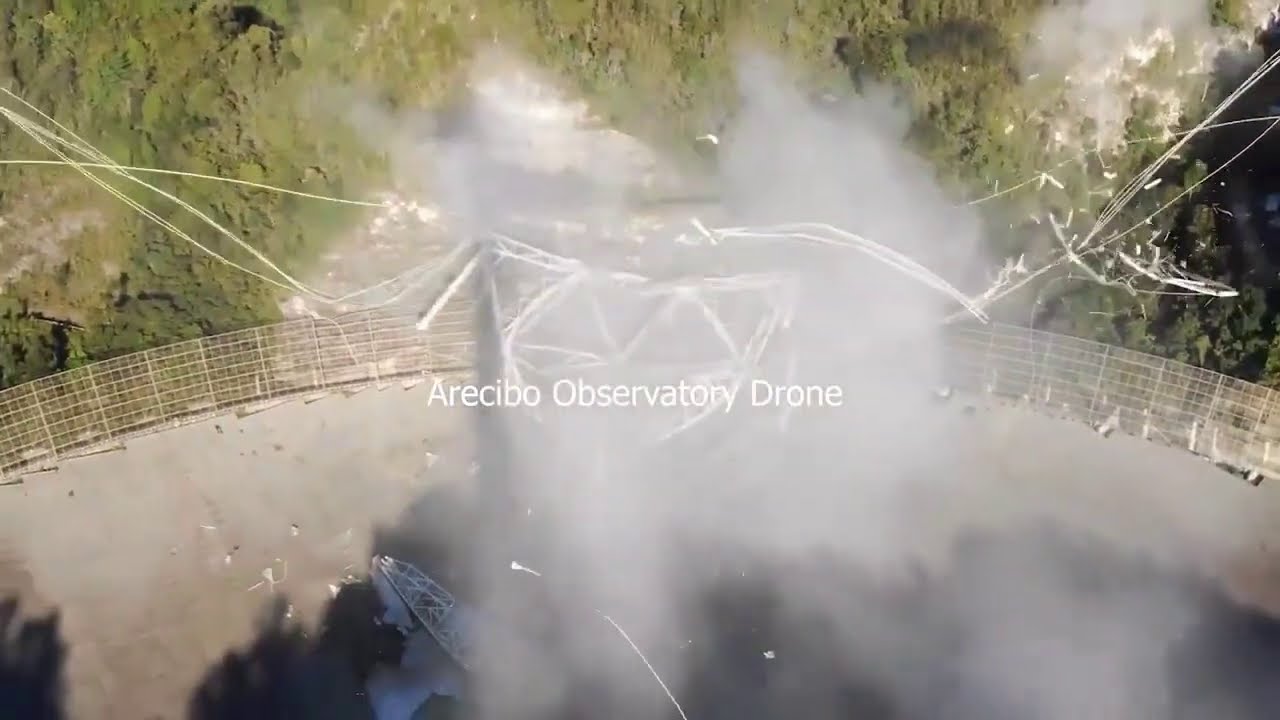 This was one great scientific instrument. Starting in 1963, the 305-meters across Arecibo Telescope in Puerto Rico USA reigned as the largest single-dish radio telescope in the world for over 50 years. Among numerous firsts and milestones, data from Arecibo has been used to measure the spin of Mercury, map the surface of Venus, discover the first planets outside of our Solar System, verify the existence of gravitational radiation, search for extraterrestrial intelligence, and, reportedly, locate hidden military radar by tracking their reflections from the Moon. Past its prime and in the process of being decommissioned, the Arecibo Telescope suffered a catastrophic structural collapse early this month, as seen in the featured composite video. via NASA https://ift.tt/2JQc6Nd
Posted by Nadia Zagainova at 9:09 PM