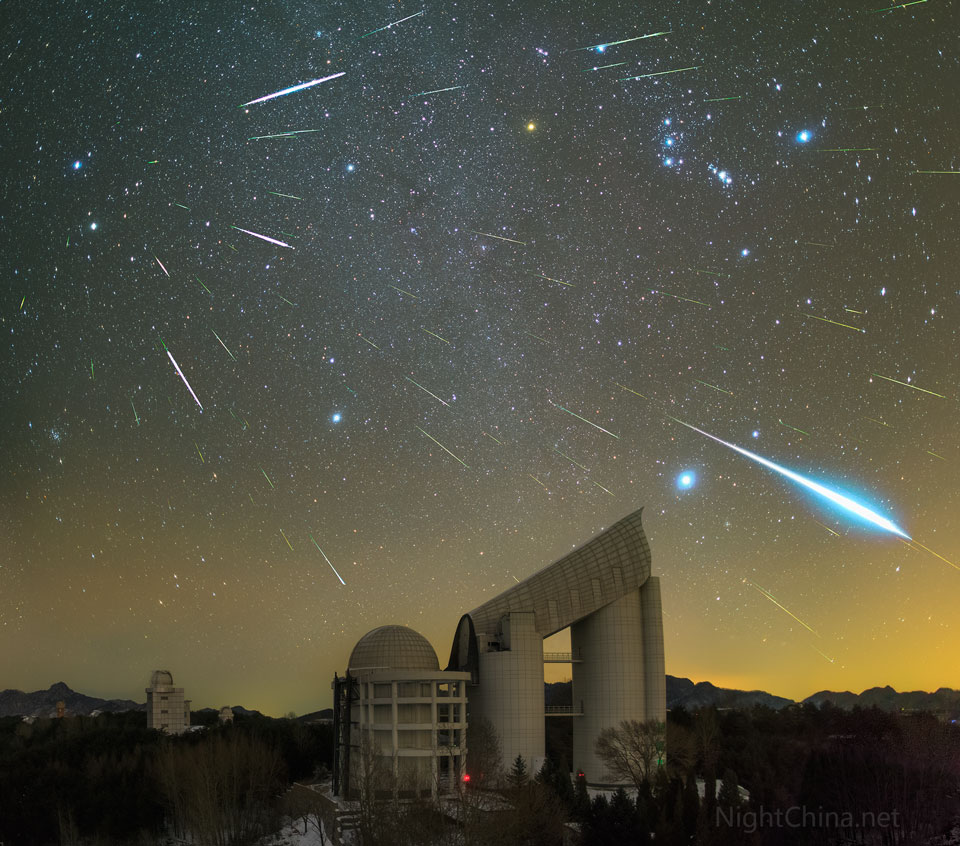 Where do Geminid meteors come from? In terms of location on the sky, as the featured image composite beautifully demonstrates, the sand-sized bits of rock that create the streaks of the Geminids meteor shower appear to flow out from the constellation of Gemini. In terms of parent body, Solar System trajectories point to the asteroid 3200 Phaethon -- but this results in a bit of a mystery since that unusual object appears mostly dormant. Perhaps, 3200 Phaethon undergoes greater dust-liberating events than we know. Over 50 meteors including a bright fireball were captured during the peak of the 2015 Geminids Meteor Shower streaking above Xinglong Observatory in China. The Geminids of December are one of the most predictable and active meteor showers. This year's Geminids peak tonight and should be particularly good because, in part, the nearly new Moon will only rise toward dawn and so not brighten the sky. via NASA https://ift.tt/2KhIrwn
Posted by Nadia Zagainova at 9:09 PM