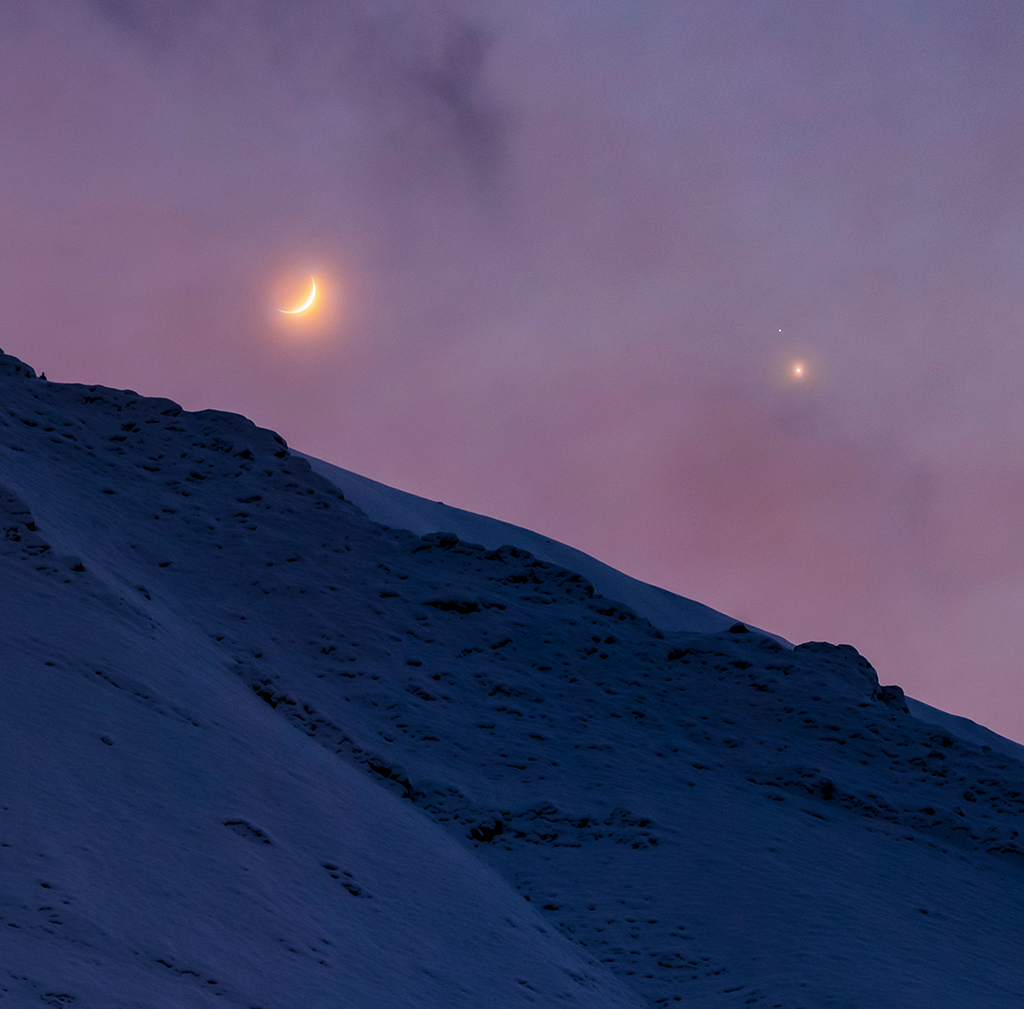 How close will Jupiter and Saturn be at their Great Conjunction? Consider this beautiful triple conjunction of Moon, Jupiter and Saturn captured through clouds in the wintry twilight. The telephoto view looks toward the western horizon and the Alborz Mountains in Iran after sunset on December 17. The celestial gathering makes it easy to see Jupiter and fainter Saturn are separated on that date by roughly the diameter of the waxing crescent Moon. On the day of their Great Conjunction, solstice day December 21, Jupiter and Saturn may seem to nearly merge though. In their closest conjunction in 400 years they will be separated on the sky by only about 1/5 the apparent diameter of the Moon. By then the two largest worlds in the Solar System and their moons will be sharing the same field of view in telescopes around planet Earth. via NASA https://ift.tt/2Wwjznb
Posted by Nadia Zagainova at 9:09 PM