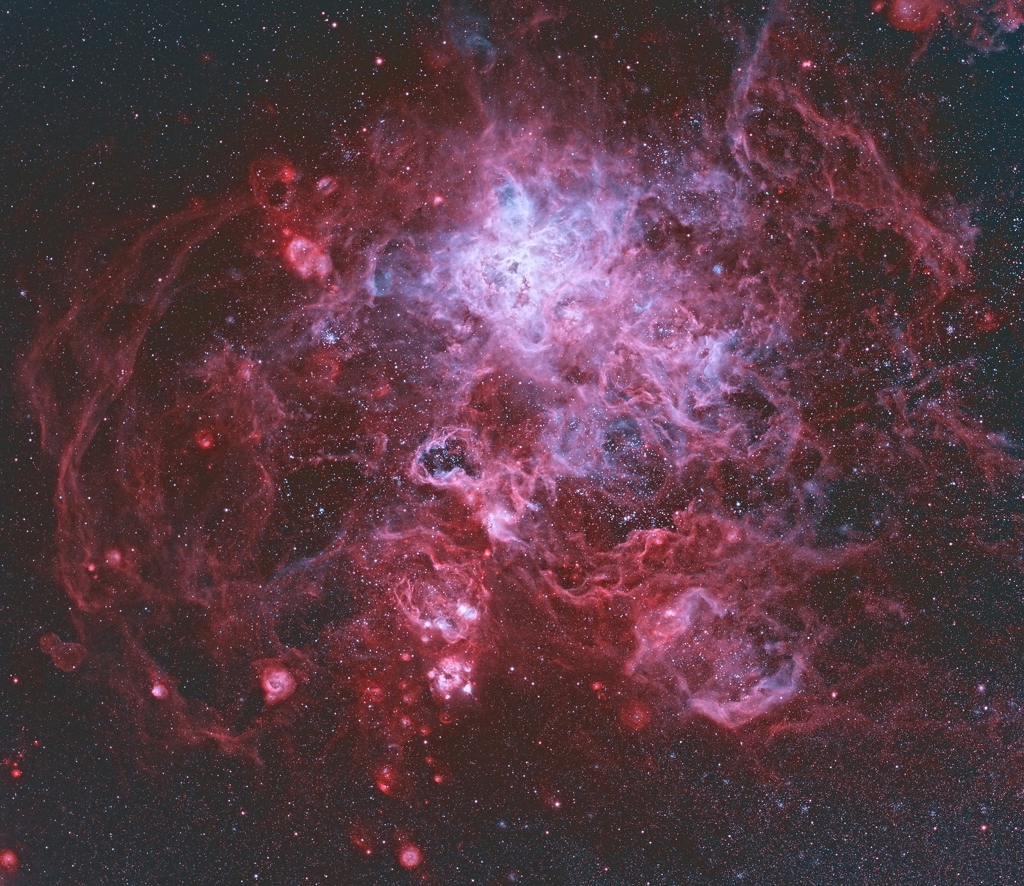 The Tarantula Nebula is more than a thousand light-years in diameter, a giant star forming region within nearby satellite galaxy the Large Magellanic Cloud, about 180 thousand light-years away. The largest, most violent star forming region known in the whole Local Group of galaxies, the cosmic arachnid sprawls across this spectacular view composed with narrowband data centered on emission from ionized hydrogen and oxygen atoms. Within the Tarantula (NGC 2070), intense radiation, stellar winds and supernova shocks from the central young cluster of massive stars, cataloged as R136, energize the nebular glow and shape the spidery filaments. Around the Tarantula are other star forming regions with young star clusters, filaments, and blown-out bubble-shaped clouds. In fact, the frame includes the site of the closest supernova in modern times, SN 1987A, right of center. The rich field of view spans about 1 degree or 2 full moons, in the southern constellation Dorado. But were the Tarantula Nebula closer, say 1,500 light-years distant like the local star forming Orion Nebula, it would take up half the sky. via NASA http://ift.tt/2AJQWqN
Posted by Nadia Zagainova at 10:08 PM