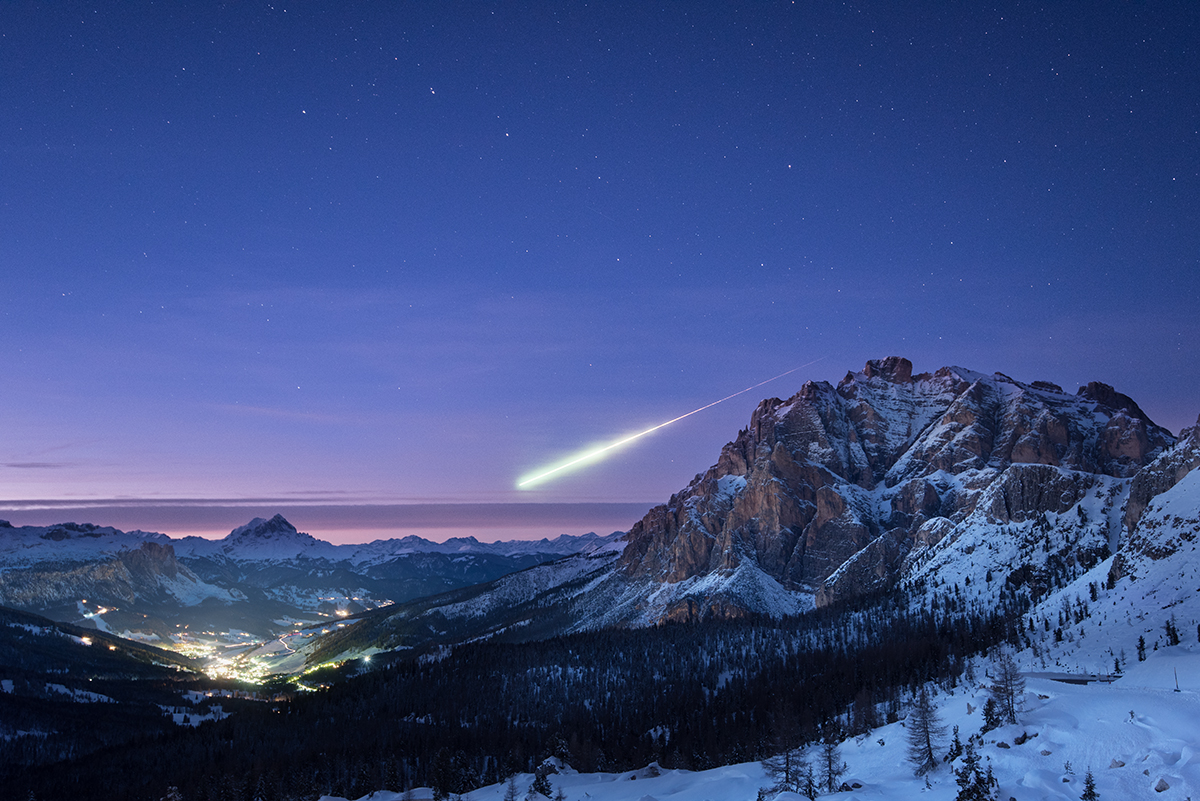 The sky glows with soft pinkish colors of fading twilight in this serendipitous mountaintop vista. Taken in subfreezing temperatures, the thoughtfully composed photo shows snowy, rugged peaks seen from a mountain pass on November 14. Below lies the village of La Villa, Alta Badia in Italy's Dolomite Alps. Above the nestled village lights, the constellation Ursa Major hangs over the northern horizon. But most stunning is the intense fireball meteor. It was captured during the camera's exposure by chance as it flashed east to west across the northern horizon, under Ursa Major's familiar Big Dipper asterism. In fact, sightings of this major fireball meteor were widely reported in European skies, the most reported fireball event ever for planet Earth's American Meteor Society and the International Meteor Organization. The meteor's measured track over Germany is consistent with its origin near the active radiant of November's Taurid Meteor Shower. Taurid meteors are associated with dust from Encke's comet. via NASA http://ift.tt/2yQ2HKV
Posted by Nadia Zagainova at 9:08 PM