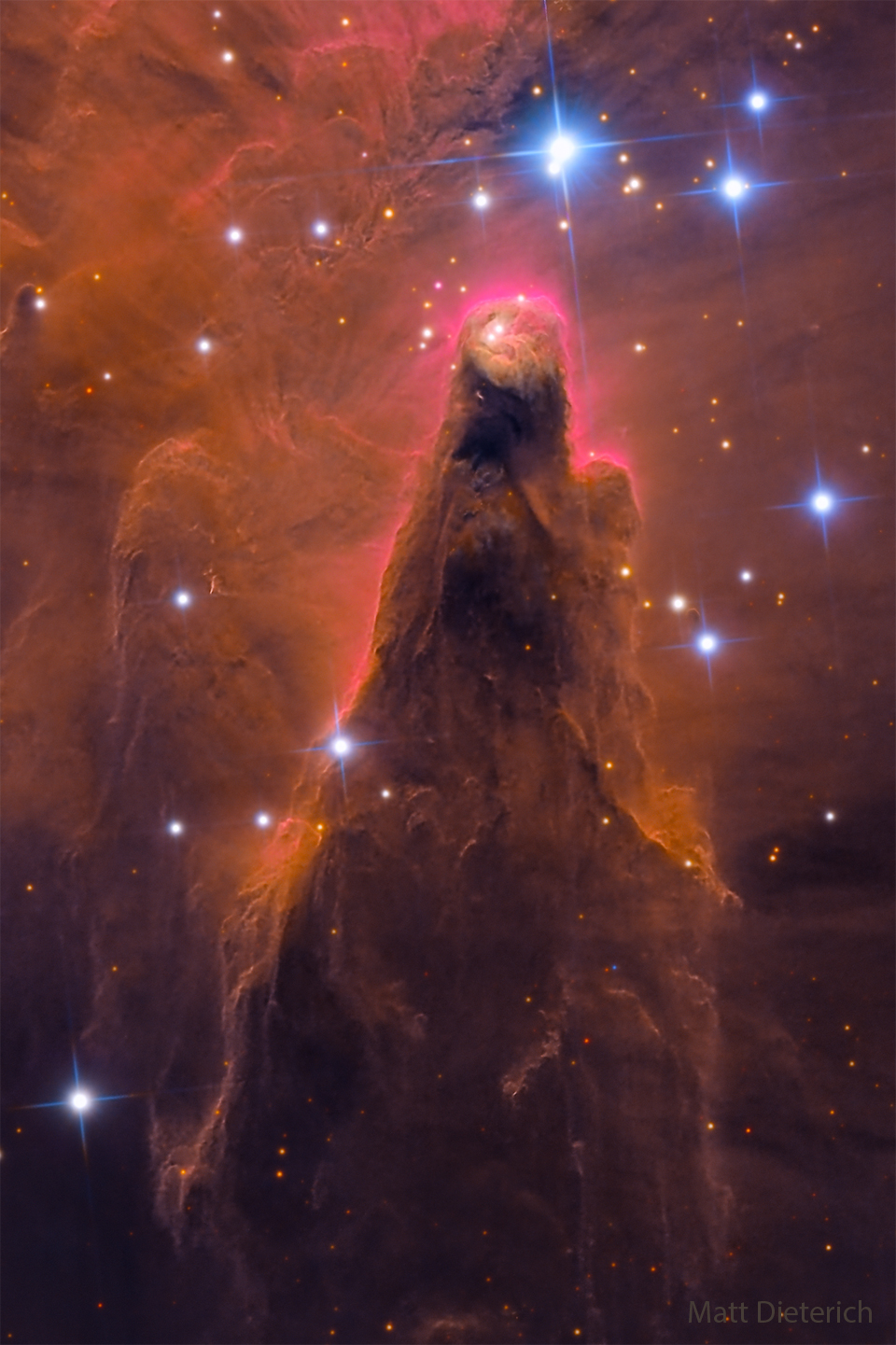 Stars are forming in the gigantic dust pillar called the Cone Nebula. Cones, pillars, and majestic flowing shapes abound in stellar nurseries where clouds of gas and dust are sculpted by energetic winds from newborn stars. The Cone Nebula, a well-known example, lies within the bright galactic star-forming region NGC 2264. The featured image of the Cone was captured recently combining 24-hours of exposure with a half-meter telescope at the El Sauce Observatory in Chile. Located about 2,500 light-years away toward the constellation of the Unicorn (Monoceros), the Cone Nebula's conical pillar extends about 7 light-years. The massive star NGC 2264 IRS, is the likely source of the wind sculpting the Cone Nebula and lies off the top of the image. The Cone Nebula's reddish veil is produced by glowing hydrogen gas. via NASA https://ift.tt/cqDuOar
Posted by Nadia Zagainova at 10:11 PM