The Largest Rock in our Solar System 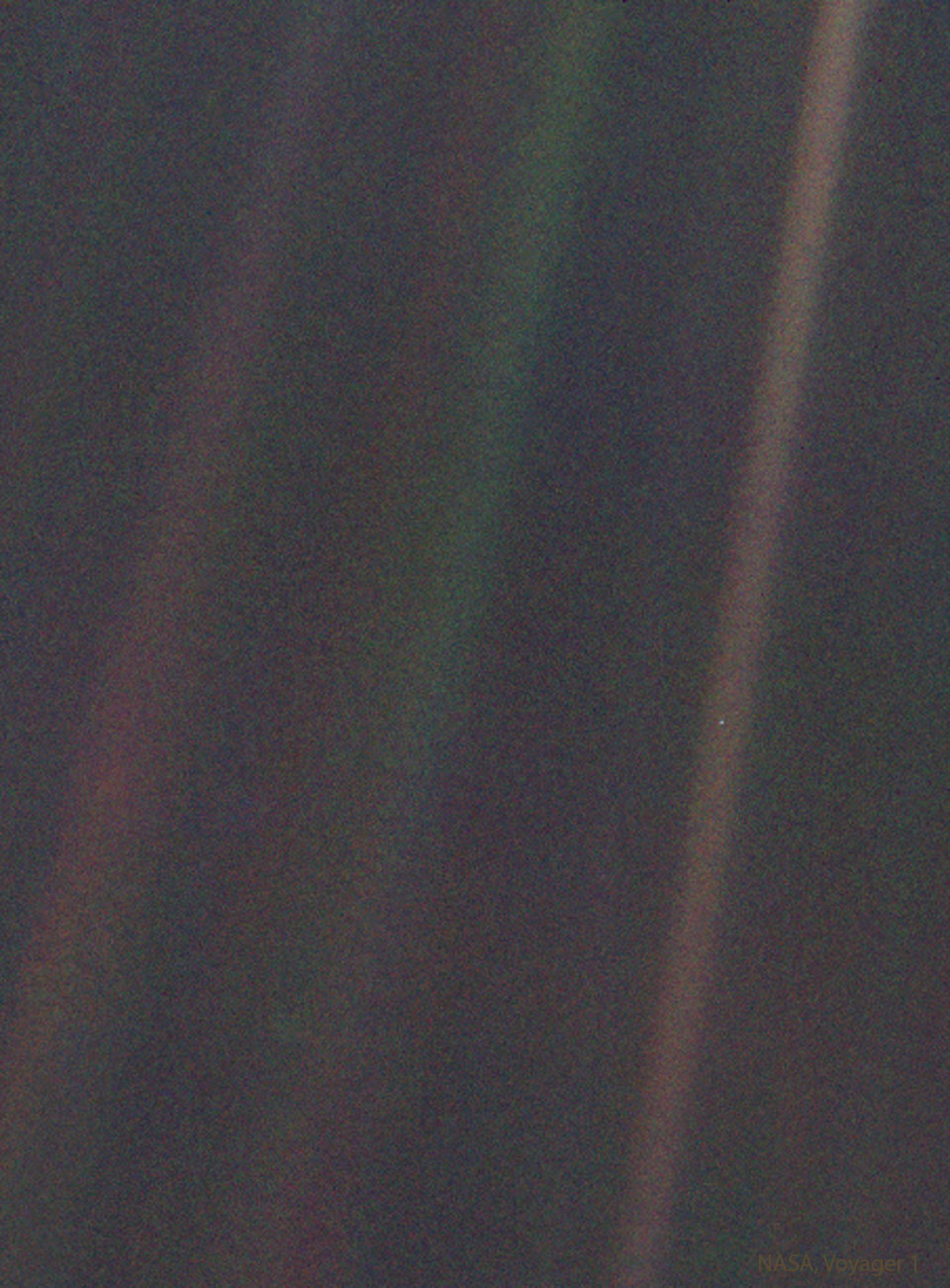 There, that dot on the right, that's the largest rock known in our Solar System. It is larger than every known asteroid, moon, and comet nucleus. It is larger than any other local rocky planet. This rock is so large its gravity makes it into a large ball that holds heavy gases near its surface. (It used to be the largest known rock of any type until the recent discoveries of large dense planets orbiting other stars.) The Voyager 1 spacecraft took the featured picture -- famously called Pale Blue Dot -- of this giant space rock in 1990 from the outer Solar System. Today, this rock starts another orbit around its parent star, for roughly the 5 billionth time, spinning over 350 times during each trip. Happy Gregorian Calendar New Year to all inhabitants of this rock we call Earth. via NASA https://ift.tt/LzJ0dOH
Posted by Nadia Zagainova at 10:10 PM