Mars Rises above the Lunar Limb 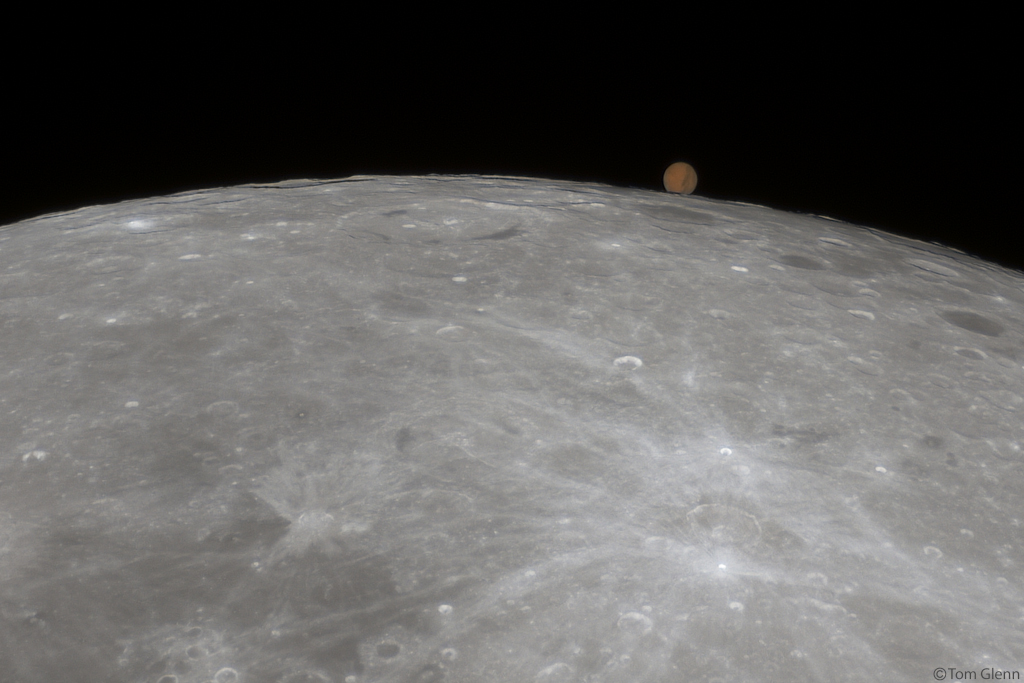 On the night of December 7 Mars wandered near the Full Moon. In fact the Red Planet was occulted, passing behind the Moon, when viewed from locations across Europe and North America. About an hour after disappearing behind the lunar disk Mars reappears in this stack of sharp video frames captured from San Diego, planet Earth. With the Moon in the foreground Mars was a mere 82 million kilometers distant, near its own opposition. Full Moon and full Mars were bright enough provide the spectacular image with no exposure adjustments necessary. In the image Mars appears to rise just over ancient, dark-floored, lunar crater Abel very close to the southeastern edge of the Moon's near side. Humboldt is the large impact crater to its north (left). via NASA https://ift.tt/NU1rY0D
Posted by Nadia Zagainova at 10:12 PM