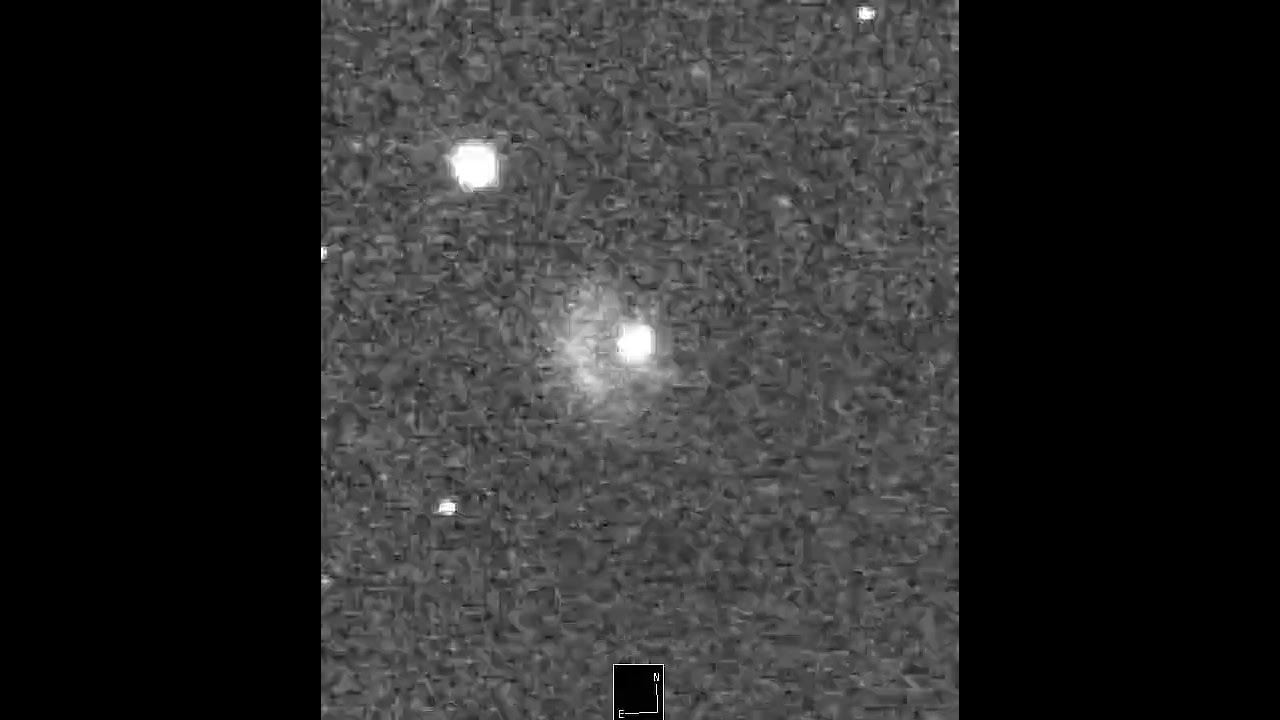 What happens if you crash a spaceship into an asteroid? In the case of NASA's DART spaceship and the small asteroid Dimorphos, as happened last week, you get quite a plume. The goal of the planned impact was planetary protection -- to show that the path of an asteroid can be slightly altered, so that, if done right, a big space rock will miss the Earth. The high brightness of the plume, though, was unexpected by many, and what it means remains a topic of research. One possibility is that 170-meter wide Dimorphos is primarily a rubble pile asteroid and the collision dispersed some of the rubble in the pile. The featured time-lapse video covers about 20 minutes and was taken from the Les Makes Observatory on France's Reunion Island, off the southeast coast of southern Africa. One of many Earth-based observatories following the impact, the initial dot is primarily Dimorphos's larger companion: asteroid Didymos. Most recently, images show that the Didymos - Dimorphos system has developed comet-like tails. via NASA https://ift.tt/JXNILVc
Posted by Nadia Zagainova at 10:08 PM