Star Trails and Lightning over the Pyrenees 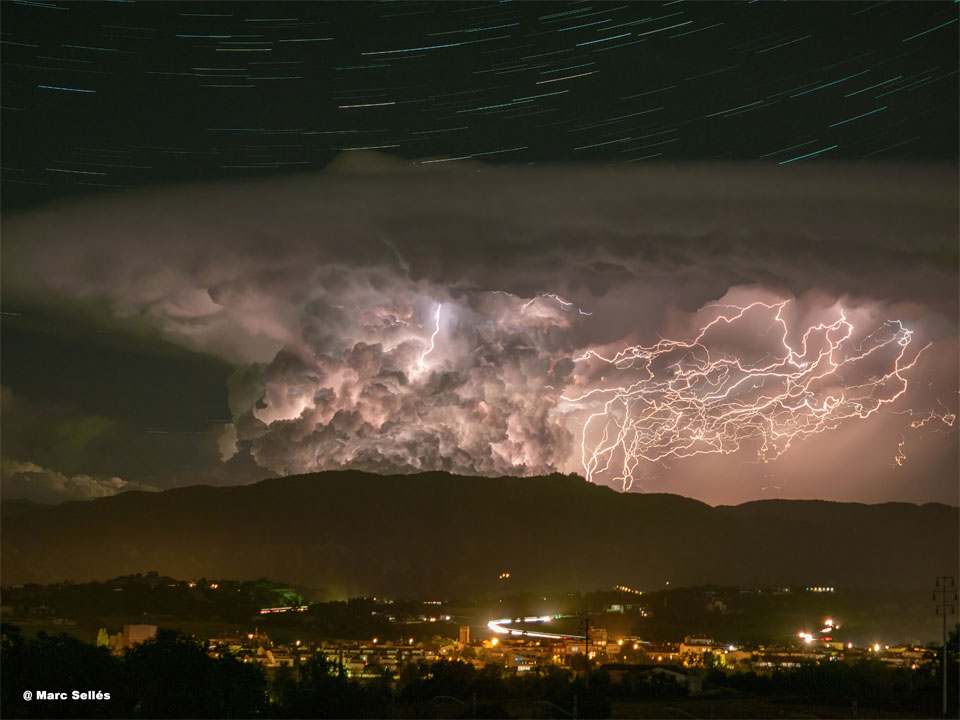 The beauty in this image comes in layers. On the bottom layer is the picturesque village of Manlleu in Barcelona, Spain. The six-minute exposure makes car lights into streaks. The next layer is a mountain -- Serra de Bellmunt -- of Europe's famous Pyrenees. Next up is a tremendous lightning storm emanating from a classically-shaped anvil cloud. The long exposure allowed for the capture of many intricate lightning bolts. Finally, at the top and furthest in the distance are stars. Here, the multi-minute exposure made stars into trails. The trailing effect is caused by the rotation of the Earth, and the curvature of the trails indicates their distance from the north spin pole of the Earth above. Taken after sunset in early June, the lightning storm soon moved off. The stars, though, will continue to circle the poll for as long as the Earth spins -- surely billions of years into the future. via NASA https://ift.tt/Oo1nJcU
Posted by Nadia Zagainova at 10:09 PM