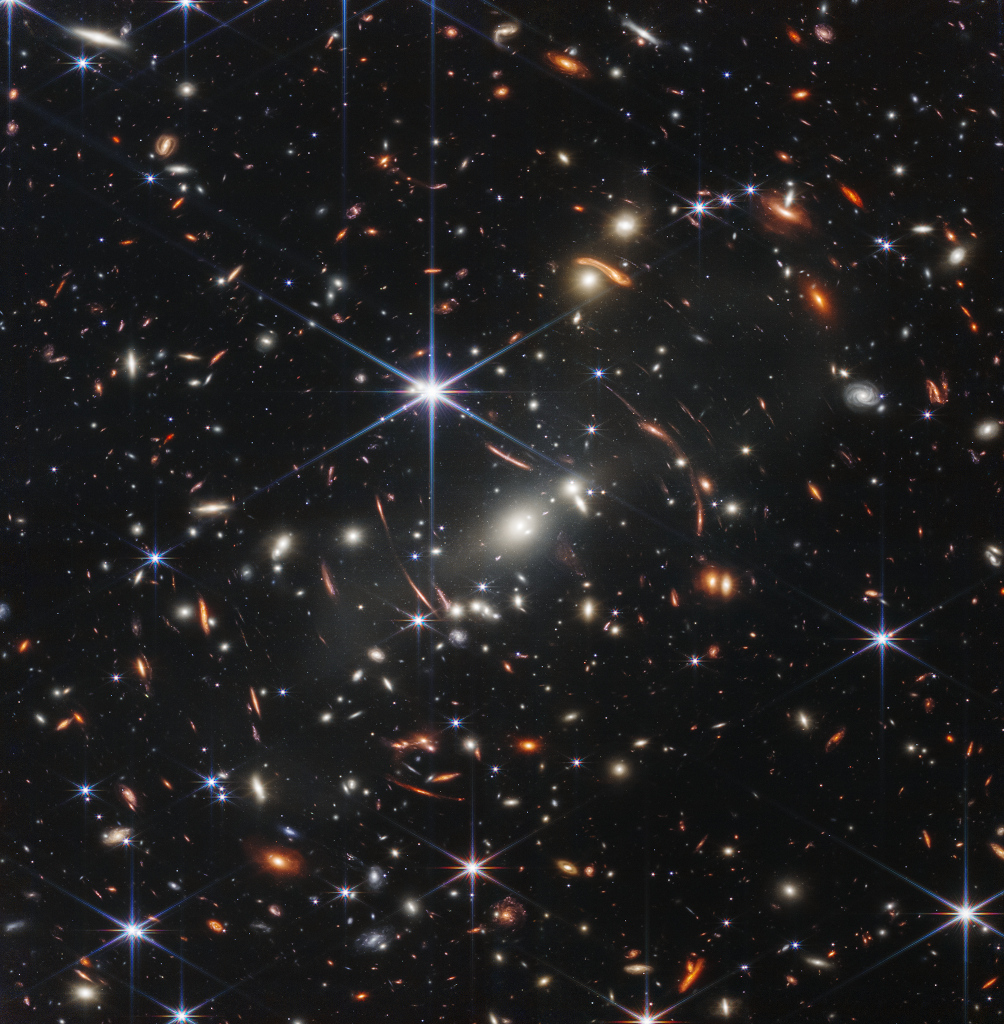 This is the deepest, sharpest infrared image of the cosmos so far. The view of the early Universe toward the southern constellation Volans was achieved in 12.5 hours of exposure with the NIRCam instrument on the James Webb Space Telescope. Of course the stars with six visible spikes are well within our own Milky Way. That diffraction pattern is characteristic of Webb's 18 hexagonal mirror segments operating together as a single 6.5 meter diameter primary mirror. The thousands of galaxies flooding the field of view are members of the distant galaxy cluster SMACS0723-73, some 4.6 billion light-years away. Luminous arcs that seem to infest the deep field are even more distant galaxies though. Their images are distorted and magnified by the dark matter dominated mass of the galaxy cluster, an effect known as gravitational lensing. Analyzing light from two separate arcs below the bright spiky star, Webb's NIRISS instrument indicates the arcs are both images of the same background galaxy. And that galaxy's light took about 9.5 billion years to reach the James Webb Space Telescope. via NASA https://ift.tt/02Ly4W8
Posted by Nadia Zagainova at 10:09 PM