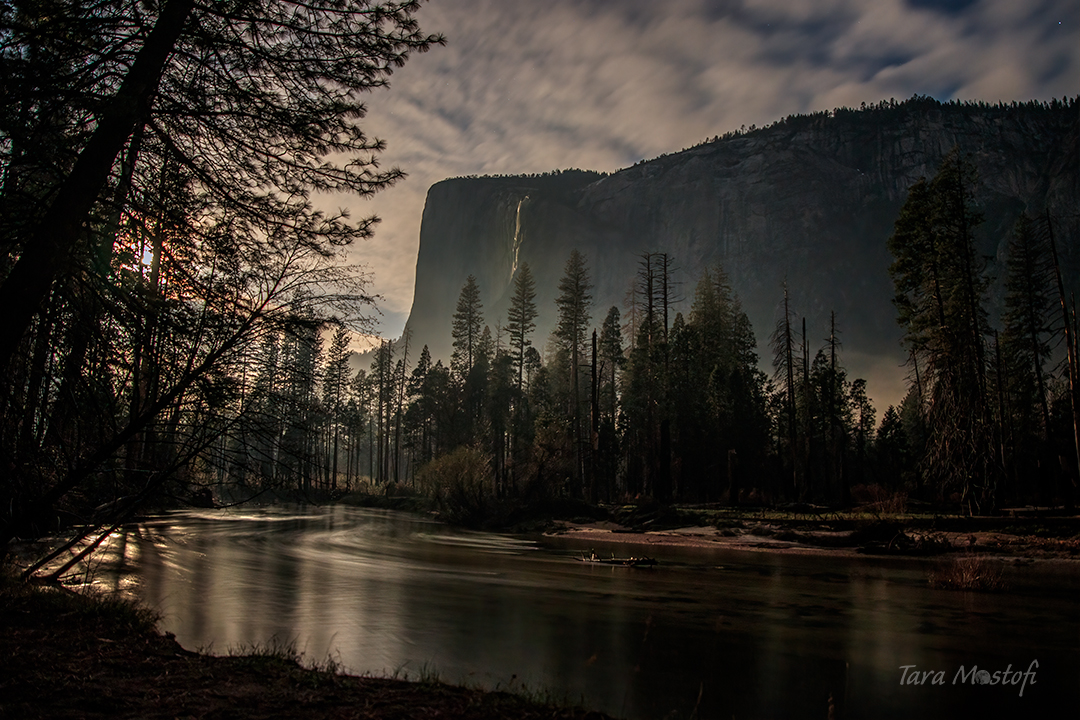 On certain dates in February, an elusive firefall can be spotted at sunset in Yosemite National Park, when water flows, the weather cooperates and the direction to the setting Sun is just right. Often photographed from vantage points below, at the right moment the park's seasonal Horsetail Fall is isolated in the shadows of the steep walls of El Capitan. Then, still illuminated with rays of reddened sunlight the waterfall briefly takes on a dramatic, fiery appearance. But a Horsetail firefall can be photographed by moonlight too. Even more elusive by moonlight, the firefall effect can also be seen when a bright Moon sets at the right direction along the western horizon. And skies were clear enough for this well-planned imaging of an ephemeral Horsetail firefall, lit by a bright gibbous Moon setting in the early morning hours of April 15. via NASA https://ift.tt/Nm3CMEu
Posted by Nadia Zagainova at 10:08 PM