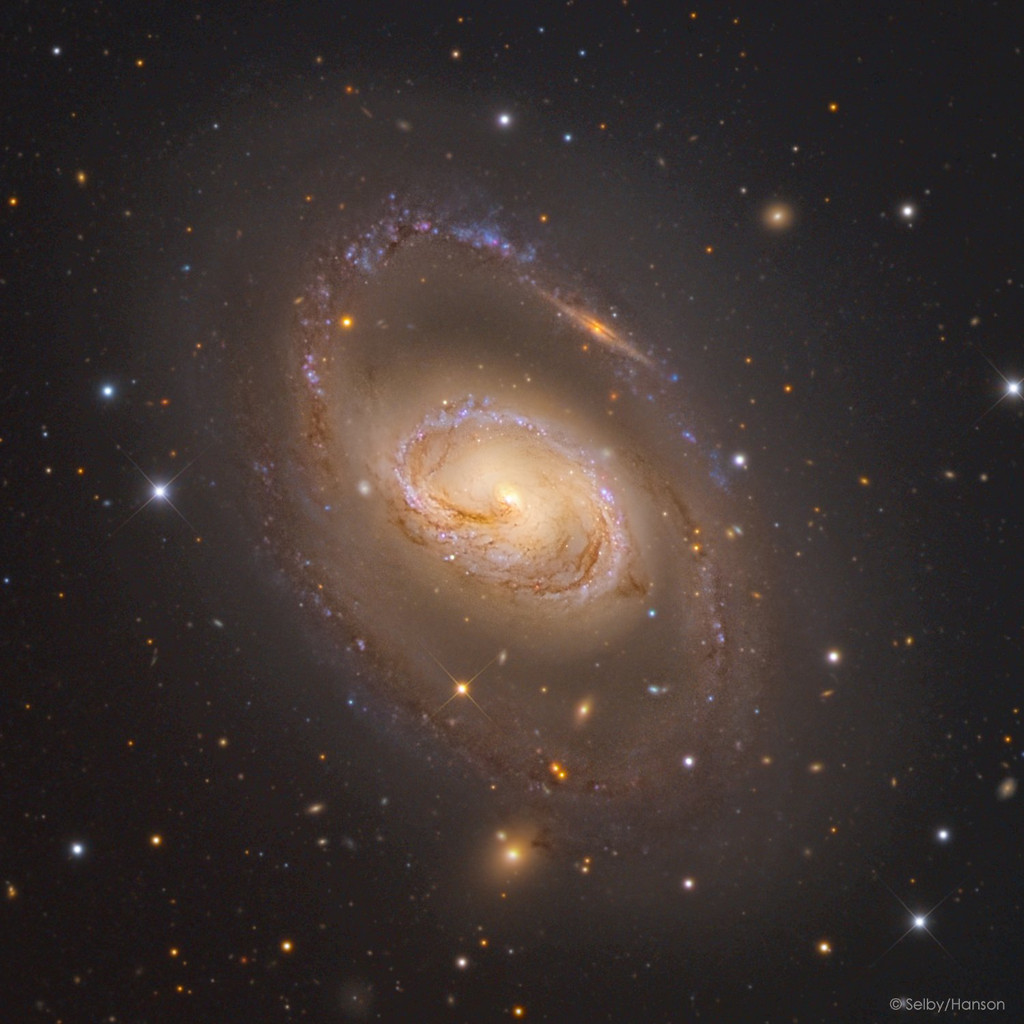 Spiral arms seem to swirl around the core of Messier 96 in this colorful, detailed portrait of a beautiful island universe. Of course M96 is a spiral galaxy, and counting the faint arms extending beyond the brighter central region it spans 100 thousand light-years or so. That's about the size of our own Milky Way. M96 is known to be 38 million light-years distant, a dominant member of the Leo I galaxy group. Background galaxies and smaller Leo I group members can be found by examining the picture. The most intriguing one is itself a spiral galaxy seen nearly edge on behind the outer spiral arm near the 1 o'clock position from center. Its bright central bulge cut by its own dark dust clouds, the edge-on background spiral appears to be about 1/5 the size of M96. If that background galaxy is similar in actual size to M96, then it would be about 5 times farther away. via NASA https://ift.tt/oTOeI2H
Posted by Nadia Zagainova at 10:08 PM