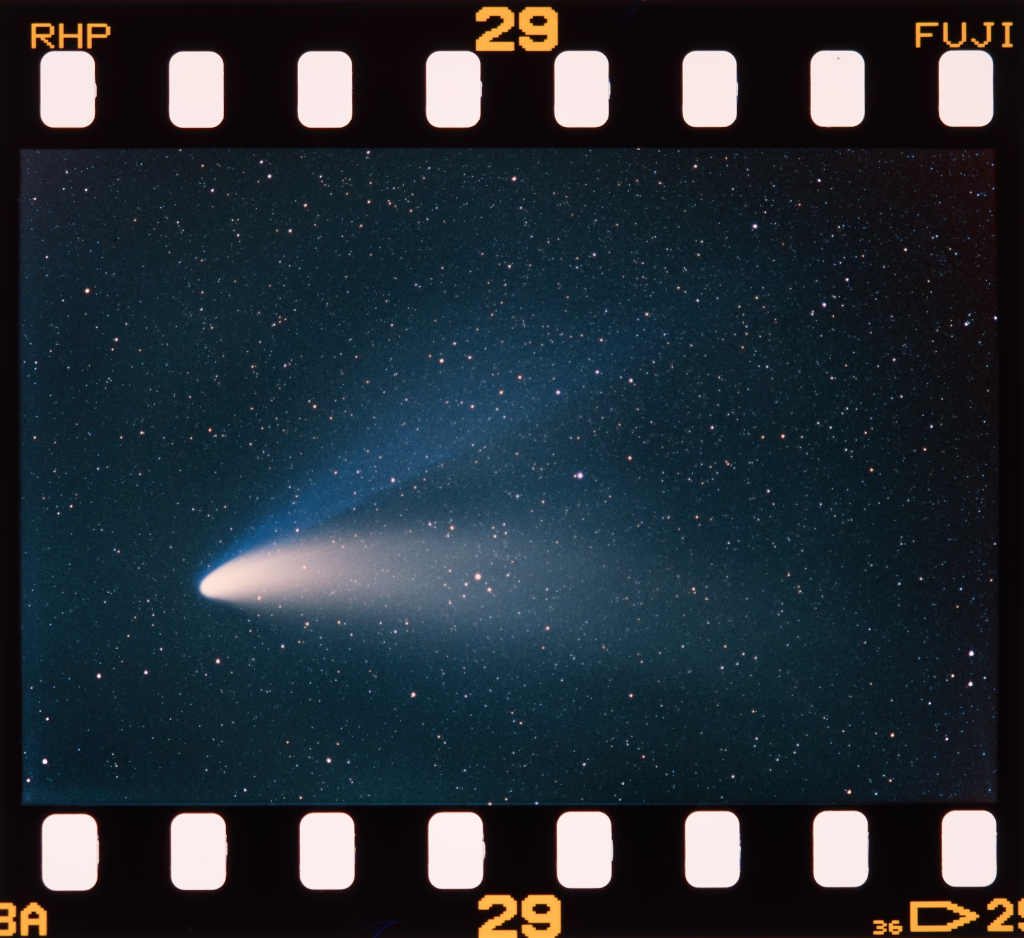 Only twenty-five years ago, Comet Hale-Bopp rounded the Sun and offered a dazzling spectacle in planet Earth's night skies. Digitized from the original astrophoto on 35mm color slide film, this classic image of the Great Comet of 1997 was recorded a few days after its perihelion passage on April 1, 1997. Made with a camera and telephoto lens piggy-backed on a small telescope, the 10 minute long, hand-guided exposure features the memorable tails of Hale-Bopp, a whitish dust tail and blue ion tail. Here, the ion tail extends well over ten degrees across the northern sky. In all, Hale-Bopp was reported as visible to the naked eye from late May 1996 through September 1997. Also known as C/1995 O1, Hale-Bopp is recognized as one of the most compositionally pristine comets to pass through the inner Solar System. A visitor from the distant Oort cloud, the comet's next perihelion passage should be around the year 4380 AD. Do you remember Hale-Bopp? via NASA https://ift.tt/6xWBo4u
Posted by Nadia Zagainova at 10:09 PM