Earendel: A Star in the Early Universe 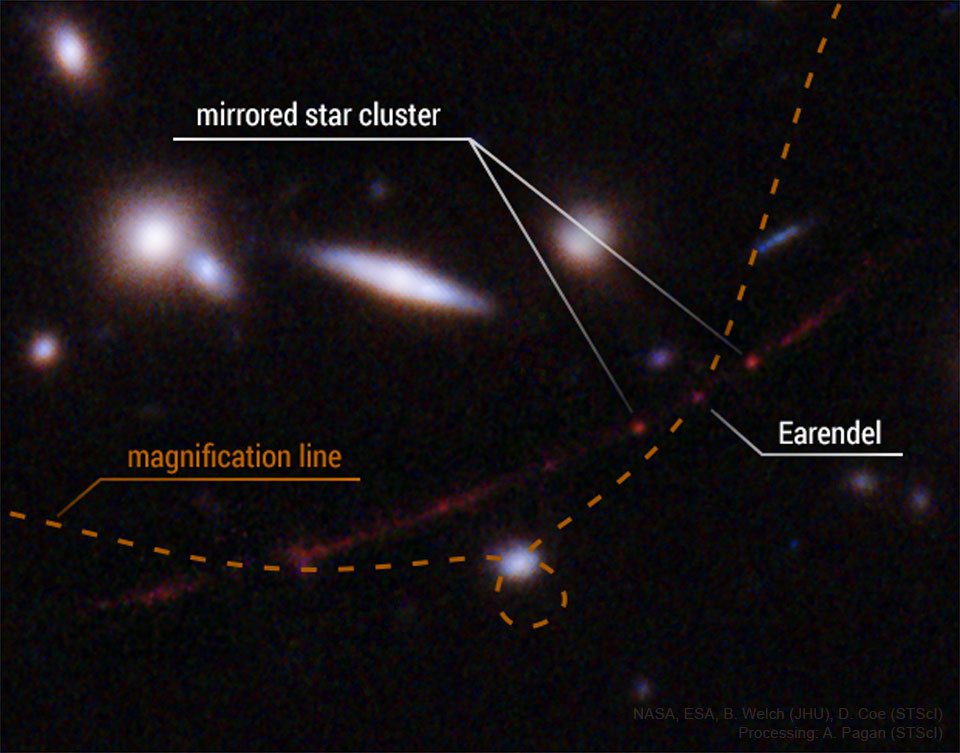 Is Earendel the farthest star yet discovered? This scientific possibility started when the Hubble Space Telescope observed a huge cluster of galaxies. The gravitational lens effectÂ of this cluster was seen to magnify and distort a galaxy far in the background. This distorted background galaxy -- so far away it has a redshift of 6.2 -- appears in the featured image as a long red string, while beads on that string are likely to be star clusters.Â Â  The galaxy cluster lens creates a line of maximum magnification line where superposed background objects may appear magnified many thousands of times. On the intersection between the galaxy line and the maximum magnification line is one "bead" which shows evidence of originating from a single bright star in the early universe -- now named Earendel. Future investigations may include more imagingÂ by Hubble to see how Earendel's brightness varies, and, quite possibly, by the new James Webb Space Telescope when it becomes operational later this year.Â  Earendel's great distance exceeds that of any known stable star -- although the star that exploded creating GRB 090423 had a redshift of 8.2. via NASA https://ift.tt/BFmsXPC
Posted by Nadia Zagainova at 10:09 PM