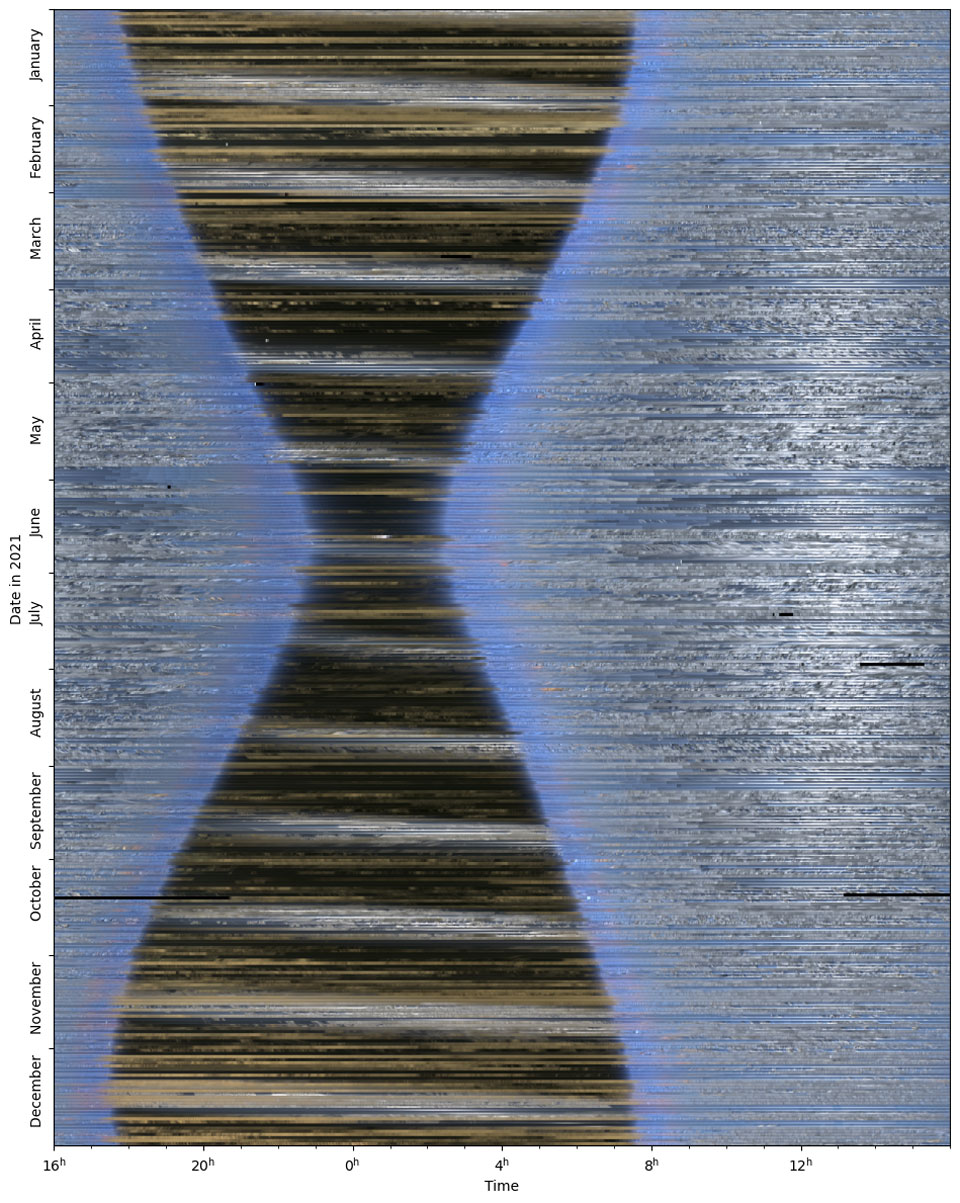 What if you could see the entire sky -- all at once -- for an entire year? That, very nearly, is what is pictured here. Every 15 minutes during 2021, an all-sky camera took an image of the sky over the Netherlands. Central columns from these images were then aligned and combined to create the featured keogram, with January at the top, December at the bottom, and the middle of the night running vertically just left of center. What do we see? Most obviously, the daytime sky is mostly blue, while the nighttime sky is mostly black. The twelve light bands crossing the night sky are caused by the glow of the Moon. The thinnest part of the black hourglass shape occurs during the summer solstice when days are the longest, while the thickest part occurs at the winter solstice. Yesterday was an equinox -- when night and day were equal -- and the northern-spring equinox from one year ago can actually be located in the keogram -- about three-quarters of the way up. via NASA https://ift.tt/FeQylpx
Posted by Nadia Zagainova at 10:09 PM