A Flower Shaped Rock on Mars 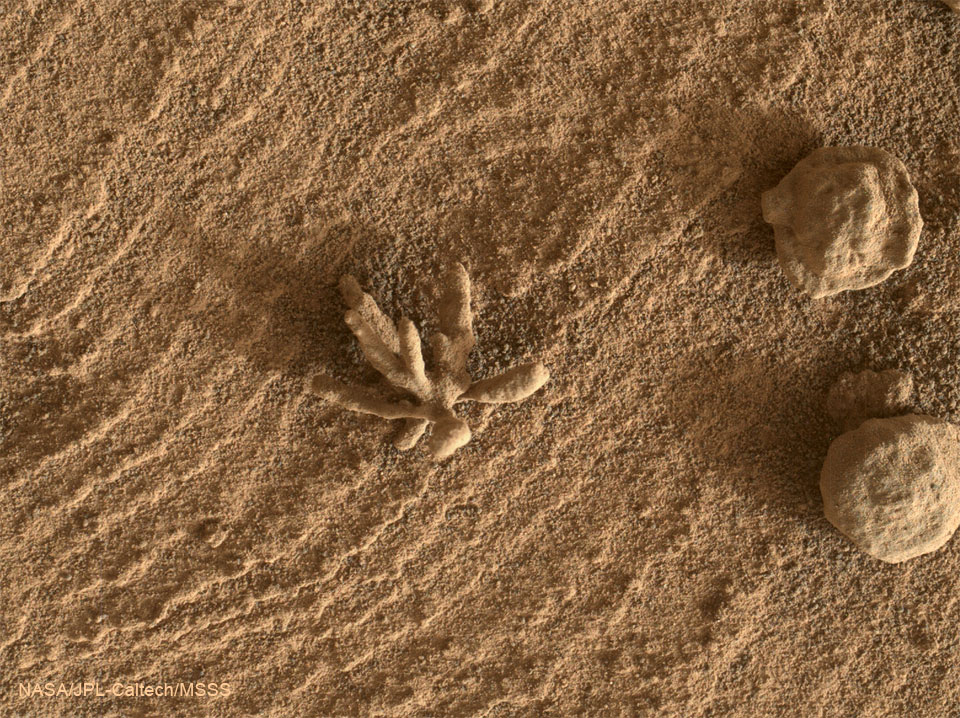 It is one of the more unusual rocks yet found on Mars. Smaller than a penny, the rock has several appendages that make it look, to some, like a flower. Although it would be a major discovery if the rock was truly a fossilized ancient Martian flower, there are less spectacular -- and currently preferred -- explanations for its unusual structure. One theory that has emerged is that the rock is a type of concretion created by minerals deposited by water in cracks or divisions in existing rock. These concretions can be compacted together, can be harder and denser than surrounding rock, and can remain even after the surrounding rock erodes away. The flower structure may also be caused by crystal clusters. The small rock, named Blackthorn Salt, has similarities to previously imaged Martian pebbles. The featured image was taken by the Curiosity rover on Mars in late February. Scientists will continue to study data and images taken of this -- and similar -- surprising Martian rocks. via NASA https://ift.tt/36ui0kv
Posted by Nadia Zagainova at 10:08 PM