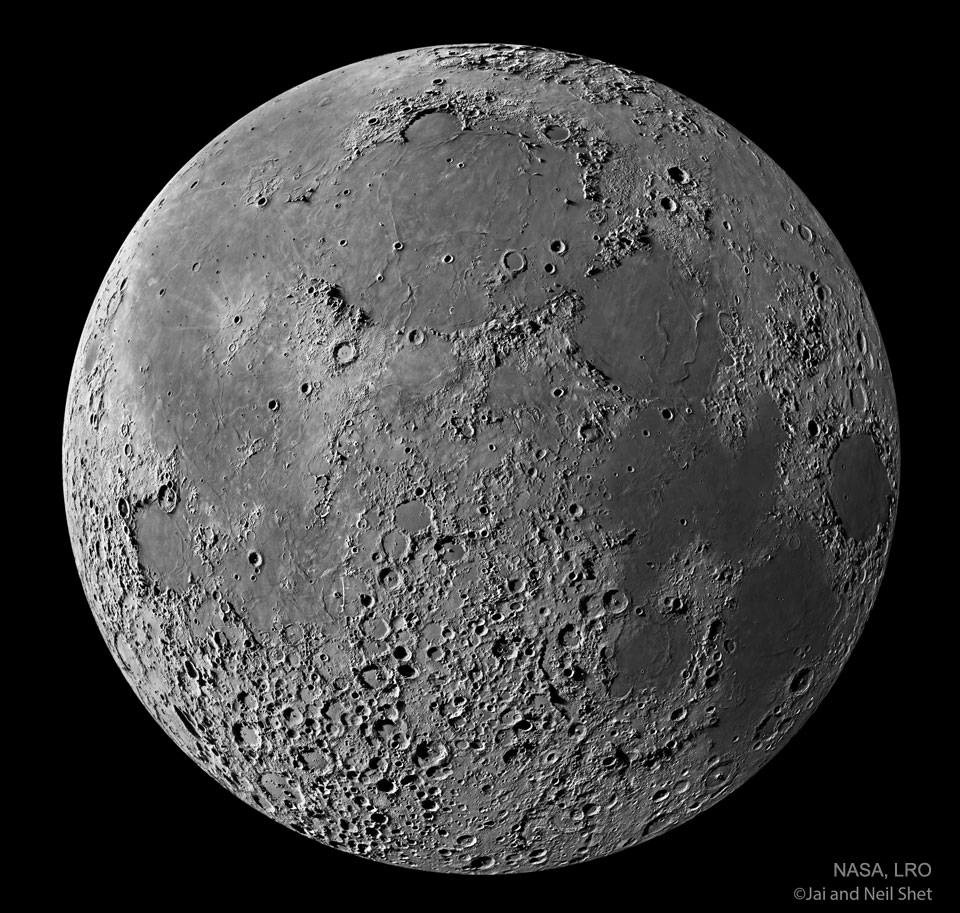 What's different about this Moon? It's the terminators. In the featured image, you can't directly see any terminator -- the line that divides the light of day from the dark of night. That's because the image is a digital composite of 29 near-terminator lunar strips. Terminator regions show the longest and most prominent shadows -- shadows which, by their contrast and length, allow a flat photograph to appear three-dimensional. The original images and data were taken near the Moon by NASA's Lunar Reconnaissance Orbiter. Many of the Moon's craters stand out because of the shadows they all cast to the right. The image shows in graphic detail that the darker regions known as maria are not just darker than the rest of the Moon -- they are flatter. via NASA https://ift.tt/4YoDwhJ
Posted by Nadia Zagainova at 10:08 PM