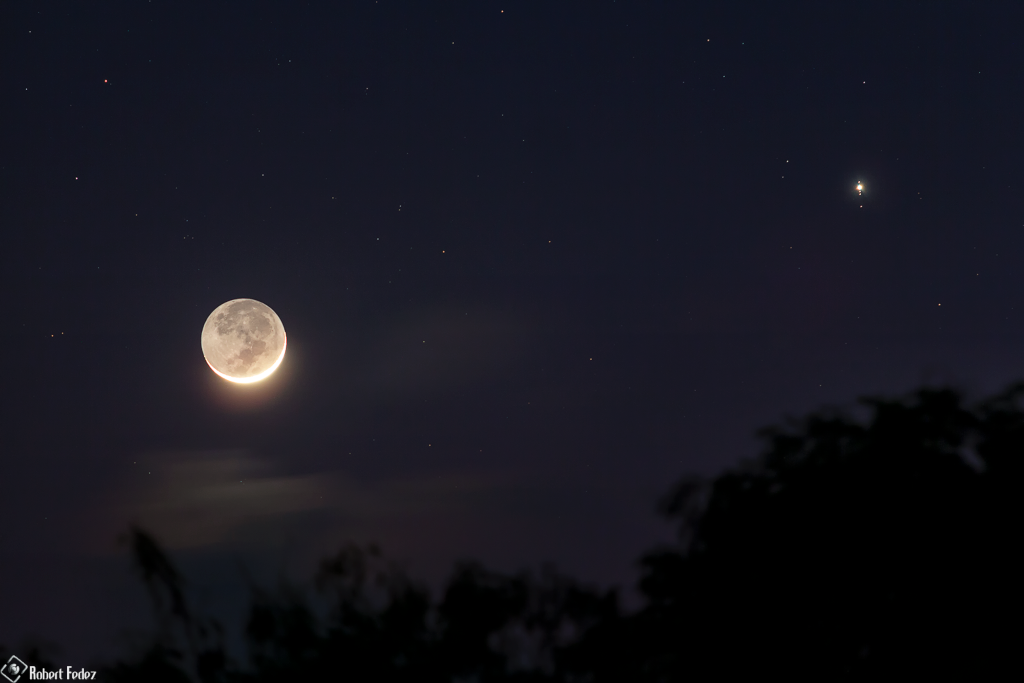 Even though Jupiter was the only planet visible in the evening sky on February 2, it shared the twilight above the western horizon with the Solar System's brightest moons. In a single exposure made just after sunset, the Solar System's ruling gas giant is at the upper right in this telephoto field-of-view from Cancun, Mexico. The snapshot also captures our fair planet's own natural satellite in its young crescent phase. The Moon's disk looms large, its familiar face illuminated mostly by earthshine. But the four points of light lined-up with Jupiter are Jupiter's own large Galilean moons. Top to bottom are Ganymede, [Jupiter], Io, Europa, and Callisto. Ganymede, Io, and Callisto are physically larger than Earth's Moon while water world Europa is only slightly smaller. via NASA https://ift.tt/94TMJs2
Posted by Nadia Zagainova at 10:08 PM