Eta Car: 3D Model of the Most Dangerous Star Known 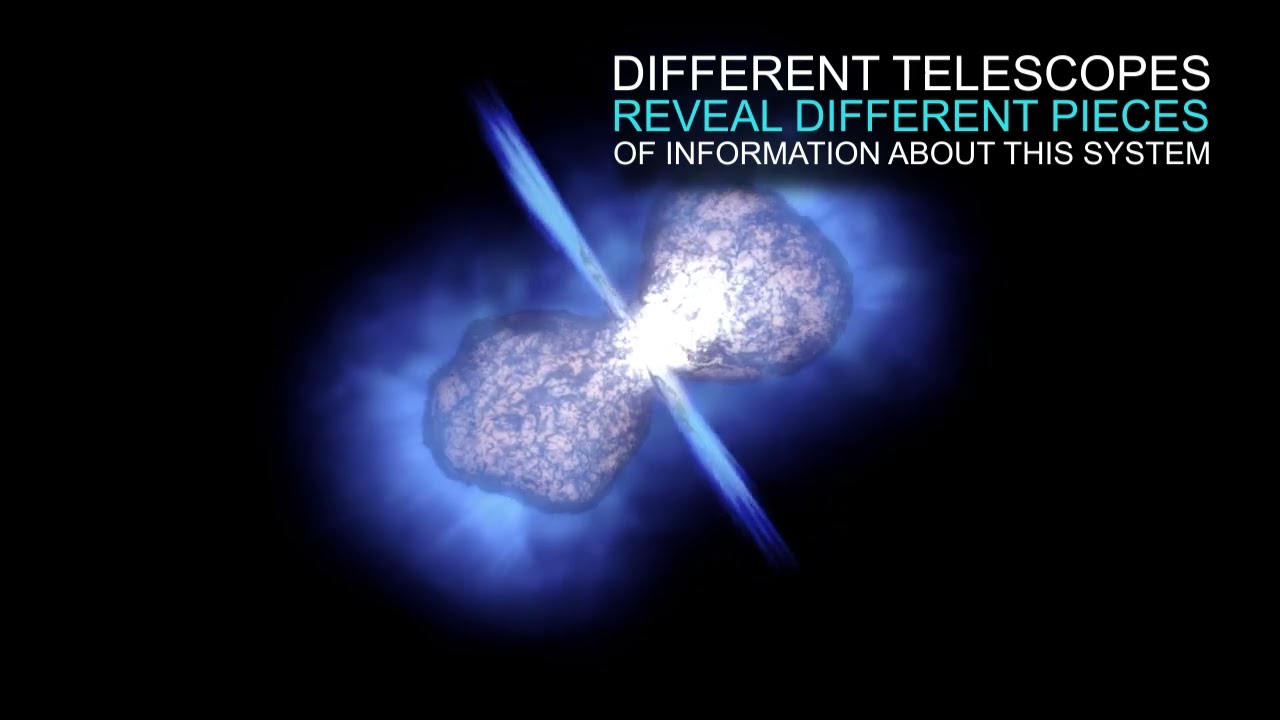 What's the most dangerous star near earth? Many believe it's Eta Carinae, a binary star system about 100 times the mass of the Sun, just 10,000 light years from earth. Eta Carinae is a ticking time bomb, set to explode as a supernova in only a few million years, when it may bathe the earth in dangerous gamma rays. The star suffered a notorious outburst in the 1840s when it became the brightest star in the southern sky, only to fade to obscurity within decades. The star was not destroyed, but lies hidden behind a thick, expanding, double-lobed structure called the Homunculus which now surrounds the binary. Studies of this ejecta provide forensic clues about the explosion. Using observations from NASA satellites we can now visualize the 3D distribution of the shrapnel, all the way from the infrared, through optical and UV, to the outermost shell of million-degree material, visible only in X-rays. via NASA https://ift.tt/jild5xR
Posted by Nadia Zagainova at 10:09 PM