The Further Tail of Comet Leonard 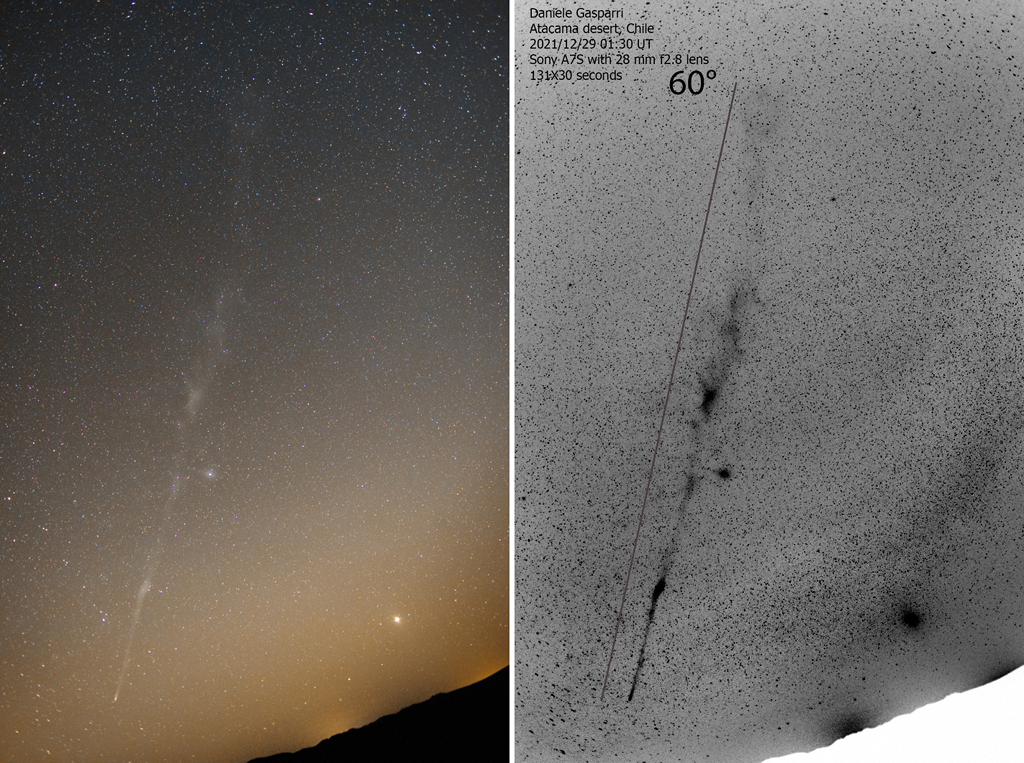 Comet Leonard, brightest comet of 2021, is at the lower left of these two panels captured on December 29 in dark Atacama desert skies. Heading for its perihelion on January 3 Comet Leonard's visible tail has grown. Stacked exposures with a wide angle lens (also displayed in a reversed B/W scheme for contrast), trace the complicated ion tail for an amazing 60 degrees, with bright Jupiter shining near the horizon at lower right. Material vaporizing from Comet Leonard's nucleus, a mass of dust, rock, and ices about 1 kilometer across, has produced the long tail of ionized gas fluorescing in the sunlight. Likely flares on the comet's nucleus and buffeting by magnetic fields and the solar wind in recent weeks have resulted in the tail's irregular pinched and twisted appearance. Still days from its closest approach to the Sun, Comet Leonard's activity should continue. The comet is south of the Solar System's ecliptic plane as it sweeps through the southern constellation Microscopium. via NASA https://ift.tt/3FV6GZf
Posted by Nadia Zagainova at 10:08 PM