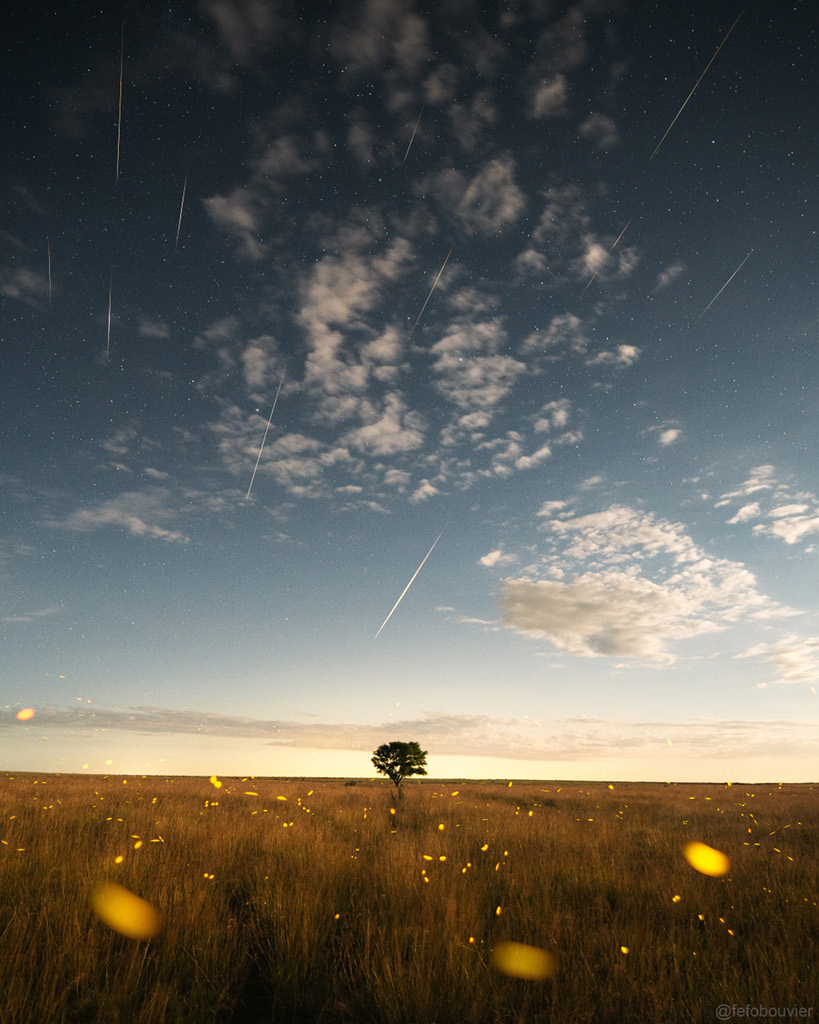 Fireflies flash along a moonlit countryside in this scene taken on the night of December 13/14 from southern Uruguay, planet Earth. On that night meteors fell in the partly cloudy skies above during the annual Geminid meteor shower. Frames recorded over a period of 1.5 hours are aligned in the composite image made with the camera facing south. That direction was opposite the shower's radiant toward the north and so the Geminid meteor streaks appear to converge at an antiradiant below the southern horizon. The shower's apparent radiant (and antiradiant) is just due to perspective though. As Earth sweeps through the dust trail of mysterious asteroid 3200 Phaethon, the dust grains that create the Geminid shower meteors are really moving along parallel tracks. They enter Earth's atmosphere traveling at about 22 kilometers per second. via NASA https://ift.tt/3ywEF7b
Posted by Nadia Zagainova at 10:08 PM