A Total Eclipse of the Sun 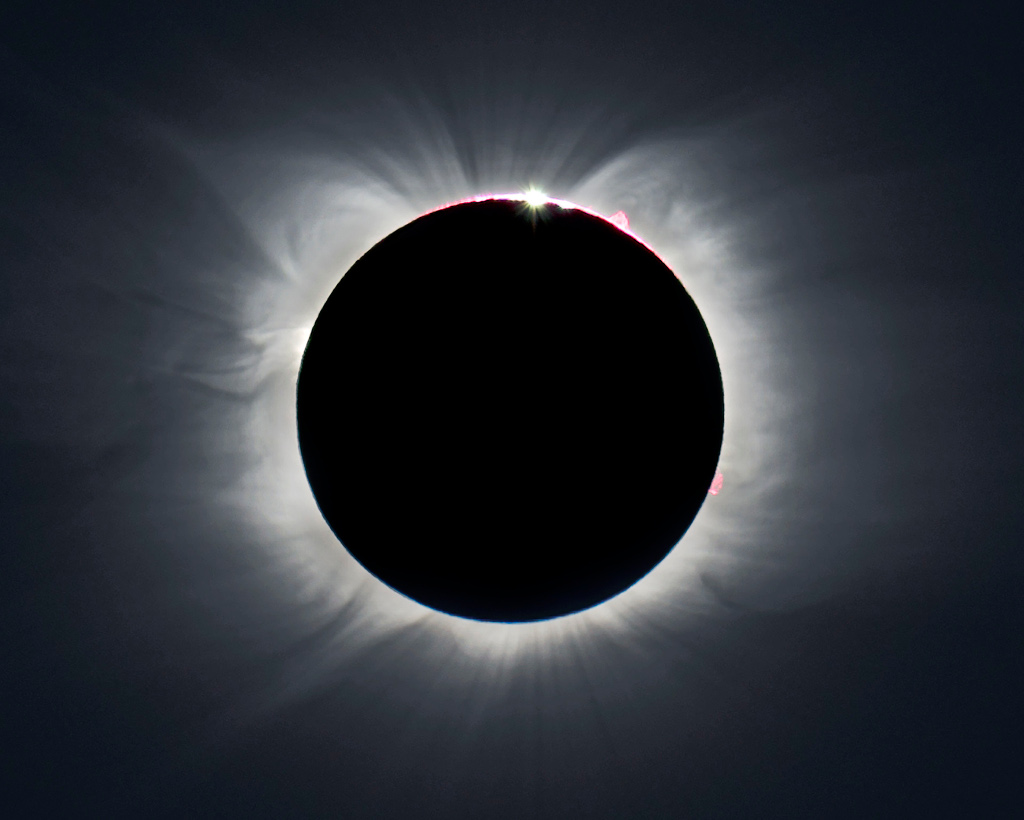 Few were able to stand in the Moon's shadow and watch the December 4 total eclipse of the Sun. Determined by celestial mechanics and not geographical boundaries, the narrow path of totality tracked across planet Earth's relatively inaccessible southernmost continent. Still, some enthusiastic and well-insulated eclipse chasers were rewarded with the dazzling spectacle in Antarctica's cold but clear skies. Taken just before the brief totality began, this image from a ground-based telescope inside the edge of the shadow path at Union Glacier catches a glimmer of sunlight near the top of the silhouetted lunar disk. Look closely for the pinkish solar prominences arcing above the Sun's limb. During totality, the magnificent solar corona, the Sun's outer atmosphere, made its much anticipated appearance, seen in the composite view streaming far from the Sun's edge. via NASA https://ift.tt/3pINQNO
Posted by Nadia Zagainova at 10:08 PM