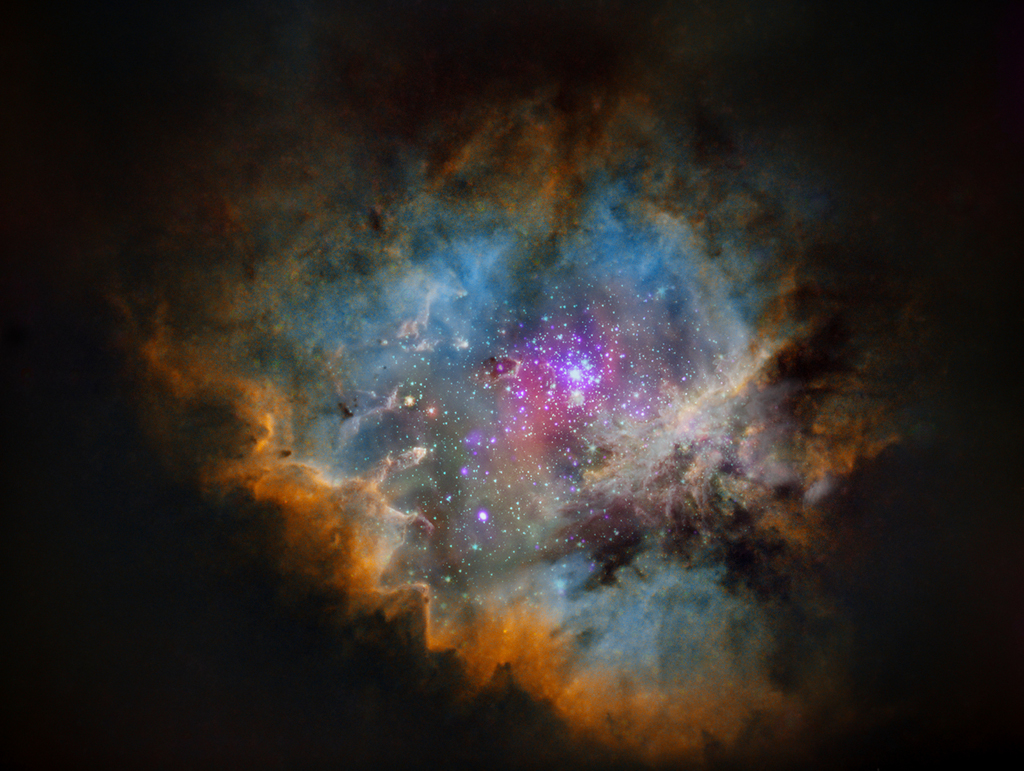 In visible light the stars have been removed from this narrow-band image of NGC 281, a star forming region some 10,000 light-years away toward the constellation Cassiopeia. Stars were digitally added back to the resulting starless image though. But instead of using visible light image data, the stars were added with X-ray data (in purple) from the Chandra X-ray Observatory and infrared data (in red) from the Spitzer Space Telescope. The merged multiwavelength view reveals a multitude of stars in the region's embedded star cluster IC 1590. The young stars are normally hidden in visible light images by the natal cloud's gas and obscuring dust. Also known to backyard astro-imagers as the Pacman Nebula for its overall appearance in visible light, NGC 281 is about 80 light-years across. via NASA https://ift.tt/3kRcyKd
Posted by Nadia Zagainova at 10:08 PM