GW200115: Simulation of a Black Hole Merging with a Neutron Star 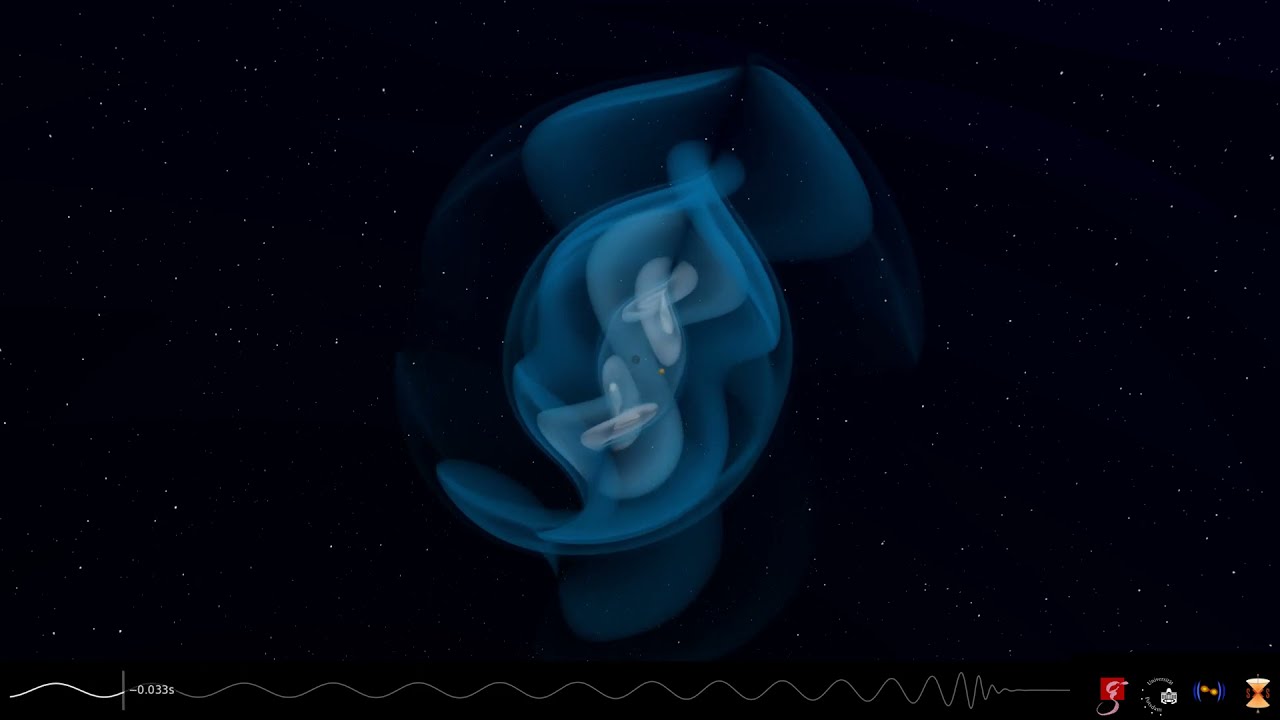 What happens when a black hole destroys a neutron star? Analyses indicate that just such an event created gravitational wave event GW200115, detected in 2020 January by LIGO and Virgo observatories. To better understand the unusual event, the featured visualization was created from a computer simulation. The visualization video starts with the black hole (about 6 times the Sun's mass) and neutron star (about 1.5 times the Sun's mass) circling each other, together emitting an increasing amount of gravitational radiation. The picturesque pattern of gravitational wave emission is shown in blue. The duo spiral together increasingly fast until the neutron star becomes completely absorbed by the black hole. Since the neutron star did not break apart during the collision, little light escaped -- which matches the lack of an observed optical counterpart. The remaining black hole rings briefly, and as that dies down so do the emitted gravitational waves. The 30-second time-lapse video may seem short, but it actually lasts about 1000 times longer than the real merger event. via NASA https://ift.tt/2TZS2x7
Posted by Nadia Zagainova at 9:09 PM