Framed by Trees: A Window to the Galaxy 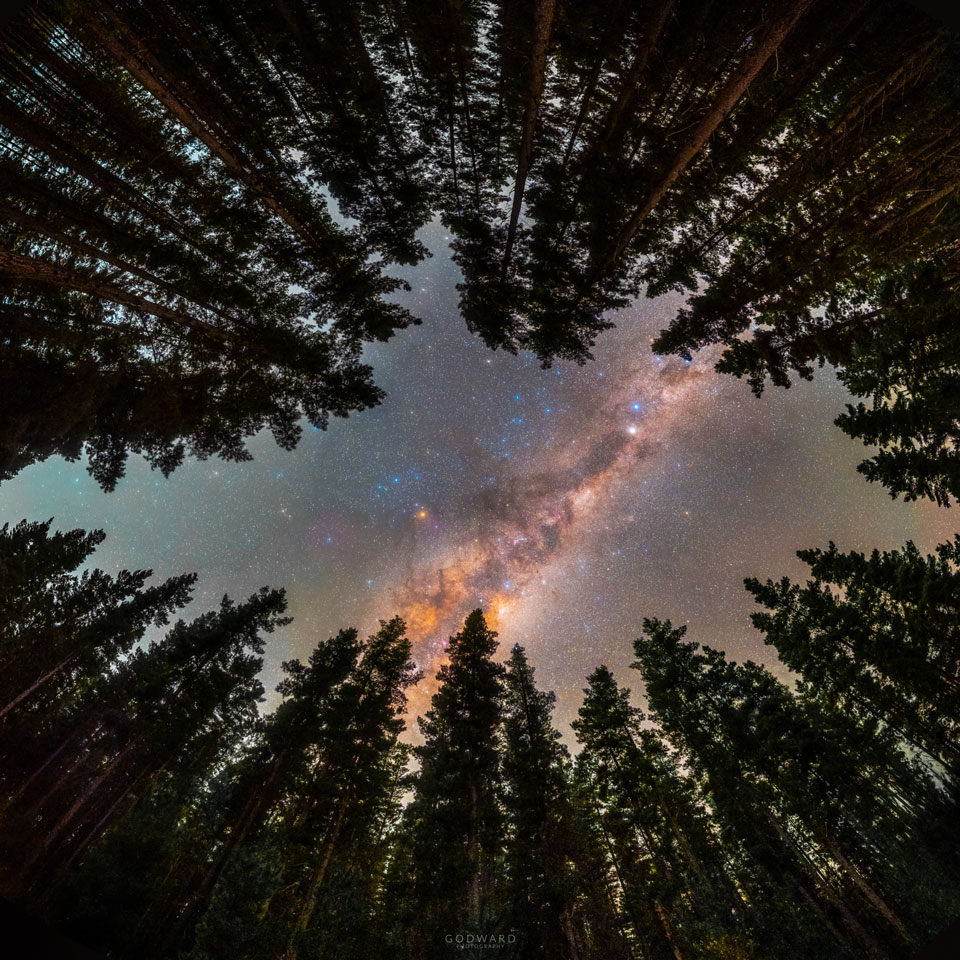 The photographer had this shot in mind for some time. He knew that objects overhead are the brightest -- since their light is scattered the least by atmospheric air. He also that knew the core of our Milky Way Galaxy was just about straight up near midnight around this time of year in South Australia. Chasing his mental picture, he ventured deep inside the Kuipto Forest where tall radiata pines blocked out much of the sky -- but not in this clearing. There, through a window framed by trees, he captured his envisioned combination of local and distant nature. Sixteen exposures of both trees and the Milky Way Galaxy were recorded. Antares is the bright orange star to left of our Galaxy's central plane, while Alpha Centauri is the bright star just to the right of the image center. The direction toward our Galaxy's center is below Antares. Although in a few hours the Earth's rotation moved the Galactic plane up and to the left -- soon invisible behind the timber, his mental image was secured forever -- and is featured here. via NASA https://ift.tt/3rlxE5r
Posted by Nadia Zagainova at 10:09 PM