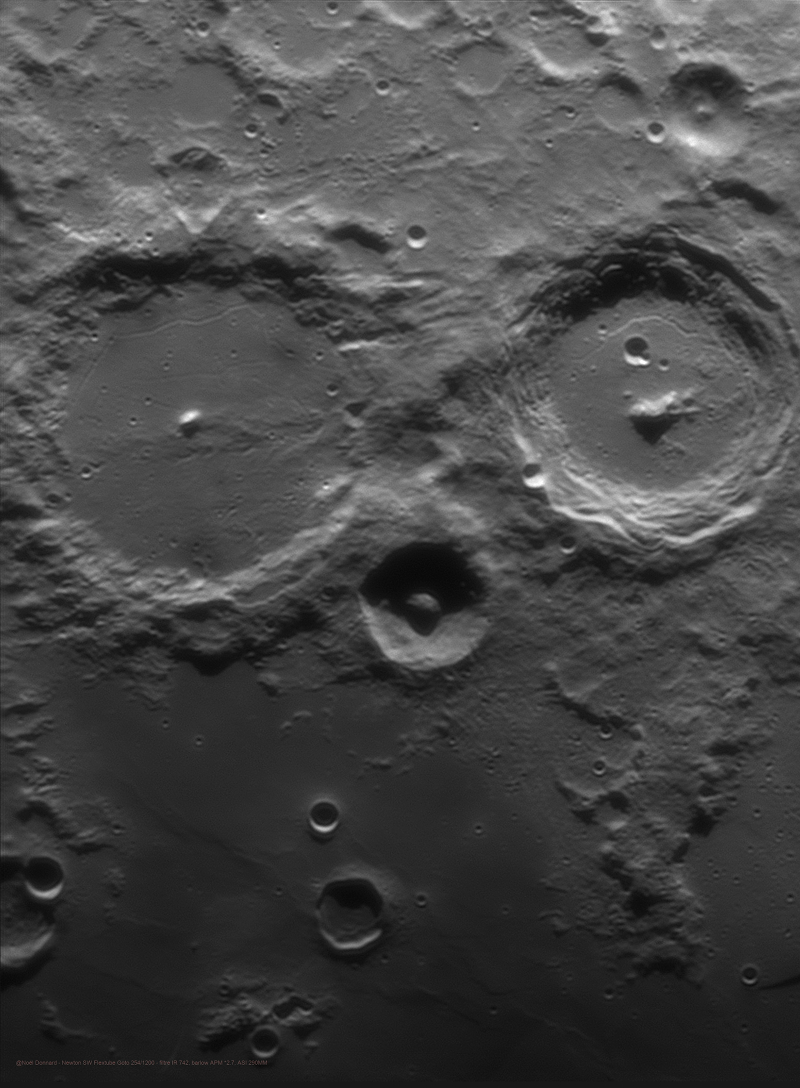 Point your telescope at tonight's first quarter Moon. Along the terminator, the shadow line between night and day, you might find these two large craters staring back at you with an owlish gaze. Alphonsus (left) and Arzachel are ancient impact craters on the north eastern shores of Mare Nubium, the lunar Sea of Clouds. The larger Alphonsus is over 100 kilometers in diameter. A low sun angle highlights the crater's sharp 1.5 kilometer high central peak in bright sunlight and dark shadow. Scouting for potential Apollo moon landing sites, the Ranger 9 spacecraft returned closeup photographs of Alphonsus before it crashed in the crater just northeast (left) of its central mountain in 1965. Alpetragius, between Alphonsus and Arzachel, is the small crater with the deeply shadowed floor and overly large central peak. via NASA https://ift.tt/3euYG5s
Posted by Nadia Zagainova at 9:10 PM