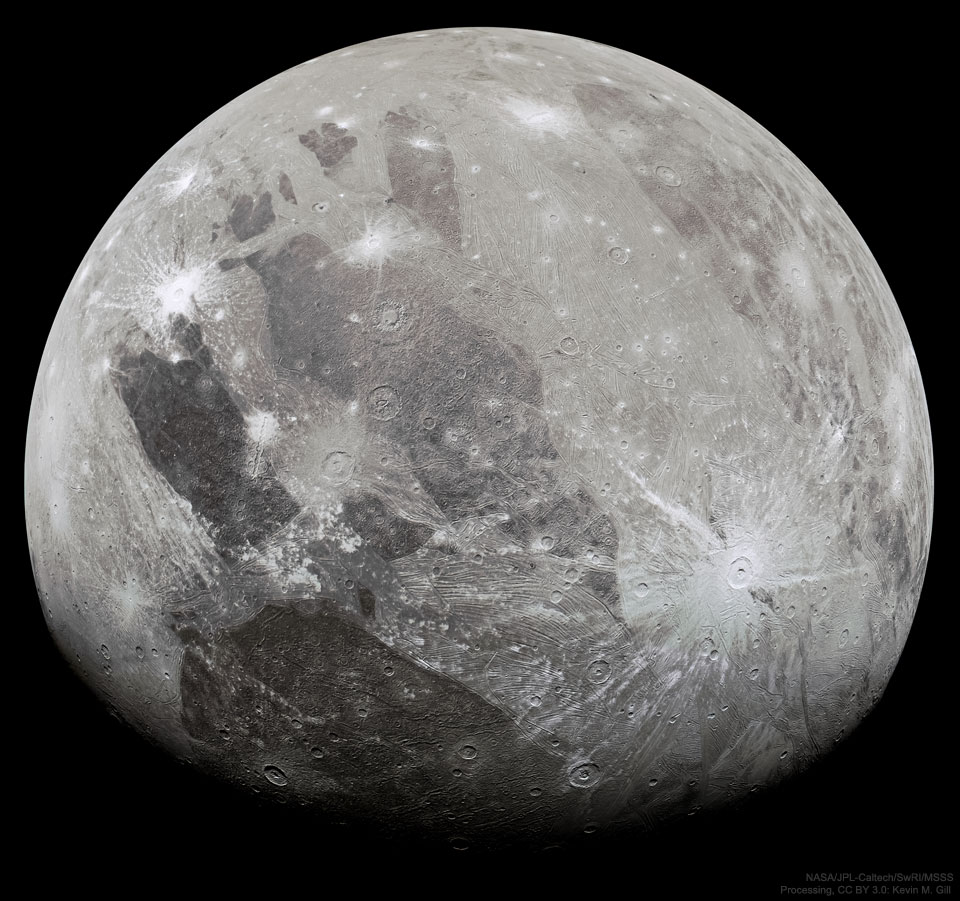 What does the largest moon in the Solar System look like? Jupiter's moon Ganymede, larger than even Mercury and Pluto, has an icy surface speckled with bright young craters overlying a mixture of older, darker, more cratered terrain laced with grooves and ridges. The cause of the grooved terrain remains a topic of research, with a leading hypothesis relating it to shifting ice plates. Ganymede is thought to have an ocean layer that contains more water than Earth -- and might contain life. Like Earth's Moon, Ganymede keeps the same face towards its central planet, in this case Jupiter. The featured image was captured last week by NASA's robotic Juno spacecraft as it passed only about 1000 kilometers above the immense moon. The close pass reduced Juno's orbital period around Jupiter from 53 days to 43 days. Juno continues to study the giant planet's high gravity, unusual magnetic field, and complex cloud structures. via NASA https://ift.tt/2RRLGyF
Posted by Nadia Zagainova at 10:12 PM