A Bright Nova in Cassiopeia 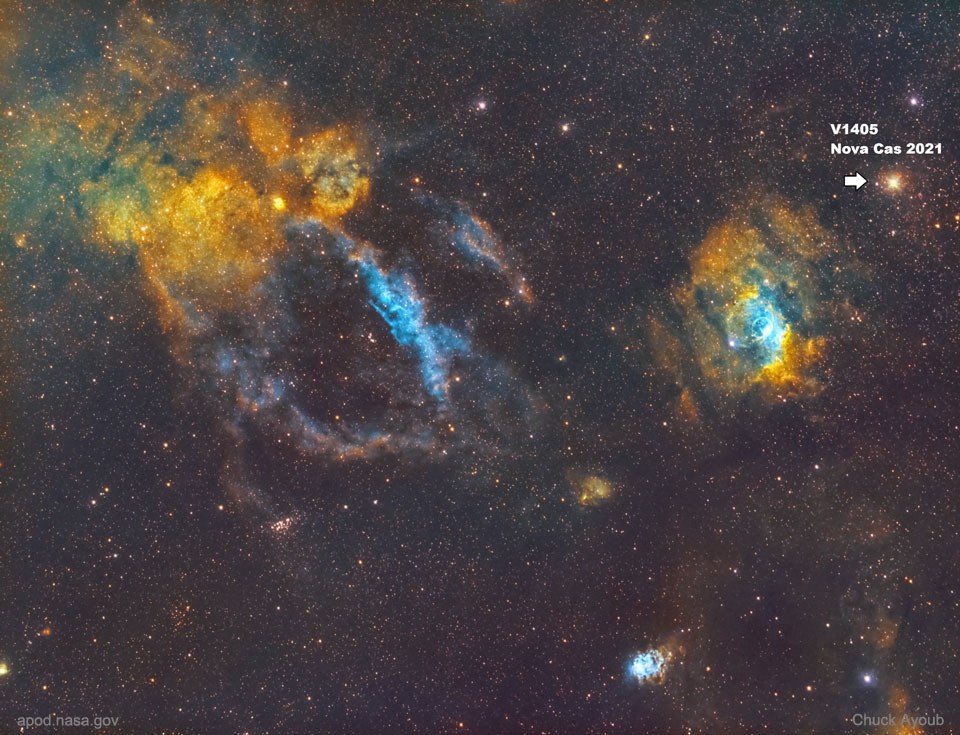 Whatâ€™s that new spot of light in Cassiopeia? A nova. Although novas occur frequently throughout the universe, this nova, known as Nova Cas 2021 or V1405 Cas, became so unusually bright in the skies of Earth last month that it was visible to the unaided eye. Nova Cas 2021 first brightened in mid-March but then, unexpectedly, became even brighter in mid-May and remained quite bright for about a week. The nova then faded back to early-May levels, but now is slightly brightening again and remains visible through binoculars. Identified by the arrow, the nova occurred toward the constellation of Cassiopeia, not far from the Bubble Nebula. A nova is typically caused by a thermonuclear explosion on the surface of a white dwarf star that is accreting matter from a binary-star companion -- although details of this outburst are currently unknown. Novas don't destroy the underlying star, and are sometimes seen to recur. The featured image was created from 14 hours of imaging from Detroit, Michigan, USA. Both professional and amateur astronomers will likely continue to monitor Nova Cas 2021 and hypothesize about details of its cause. via NASA https://ift.tt/3x3b3fW
Posted by Nadia Zagainova at 9:09 PM