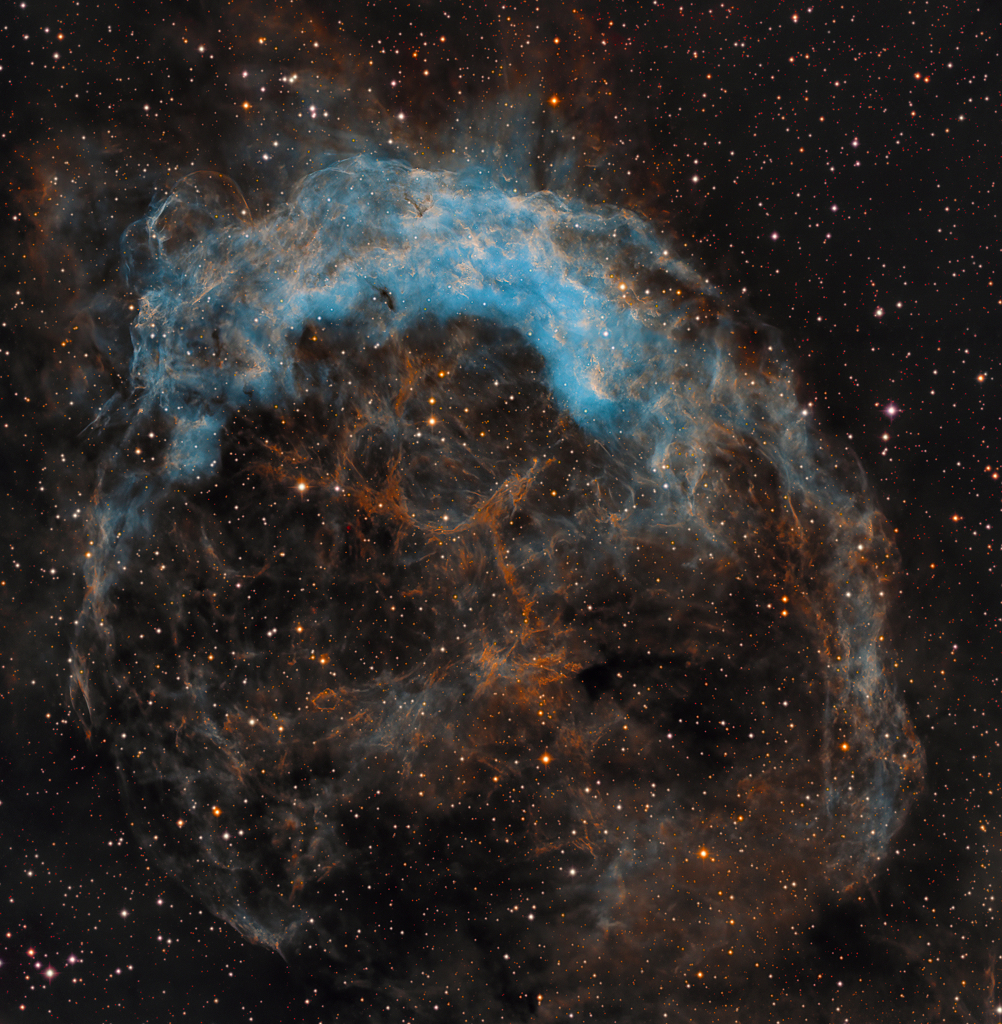 NGC 3199 lies about 12,000 light-years away, a glowing cosmic cloud in the nautical southern constellation of Carina. The nebula is about 75 light-years across in this narrowband, false-color view. Though the deep image reveals a more or less complete bubble shape, it does look very lopsided with a much brighter edge along the top. Near the center is a Wolf-Rayet star, a massive, hot, short-lived star that generates an intense stellar wind. In fact, Wolf-Rayet stars are known to create nebulae with interesting shapes as their powerful winds sweep up surrounding interstellar material. In this case, the bright edge was thought to indicate a bow shock produced as the star plowed through a uniform medium, like a boat through water. But measurements have shown the star is not really moving directly toward the bright edge. So a more likely explanation is that the material surrounding the star is not uniform, but clumped and denser near the bright edge of windblown NGC 3199. via NASA https://ift.tt/3nQ2kKB
Posted by Nadia Zagainova at 9:09 PM