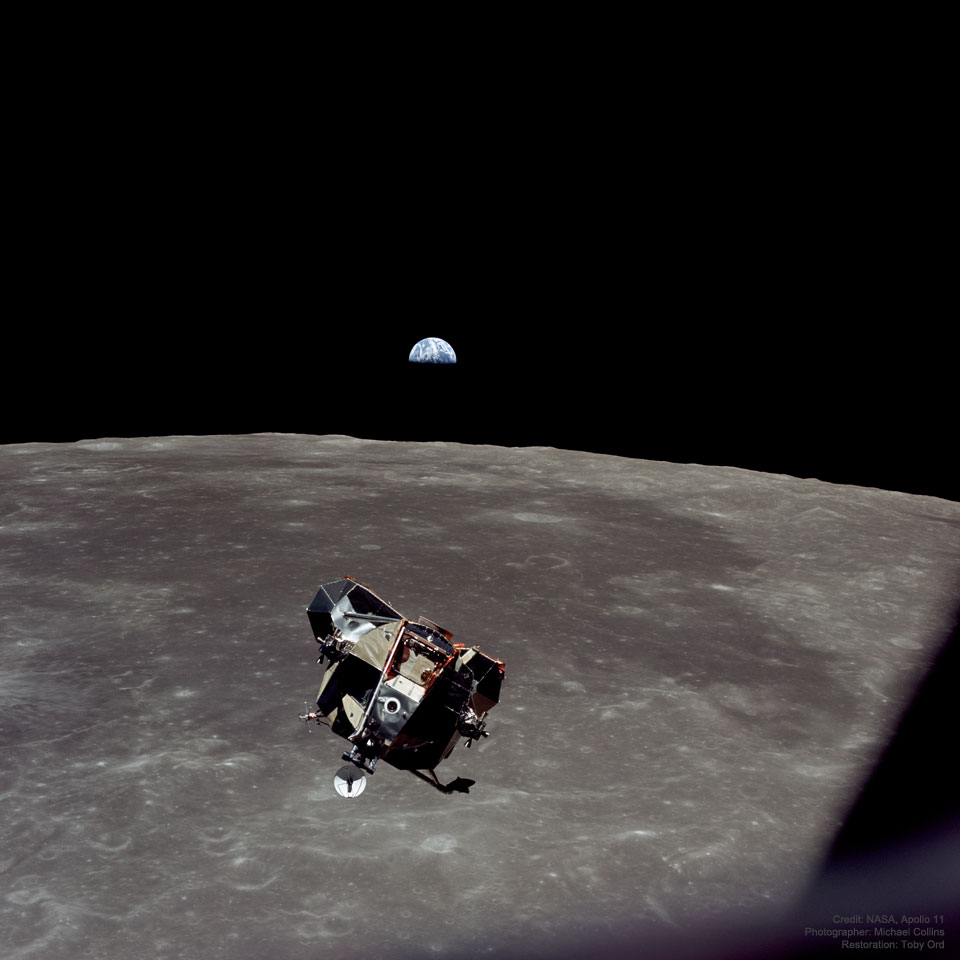 After the most famous voyage of modern times, it was time to go home. After proving that humanity has the ability to go beyond the confines of planet Earth, the first humans to walk on another world -- Neil Armstrong and Buzz Aldrin -- flew the ascent stage of their Lunar Module back to meet Michael Collins in the moon-orbiting Command and Service Module. Pictured here on 1969 July 21 and recently digitally restored, the ascending spaceship was captured by Collins making its approach, with the Moon below, and Earth far in the distance. The smooth, dark area on the lunar surface is Mare Smythii located just below the equator on the extreme eastern edge of the Moon's near side. It is said of this iconic image that every person but one was in front of the camera. via NASA https://ift.tt/2RnvuEv
Posted by Nadia Zagainova at 10:10 PM