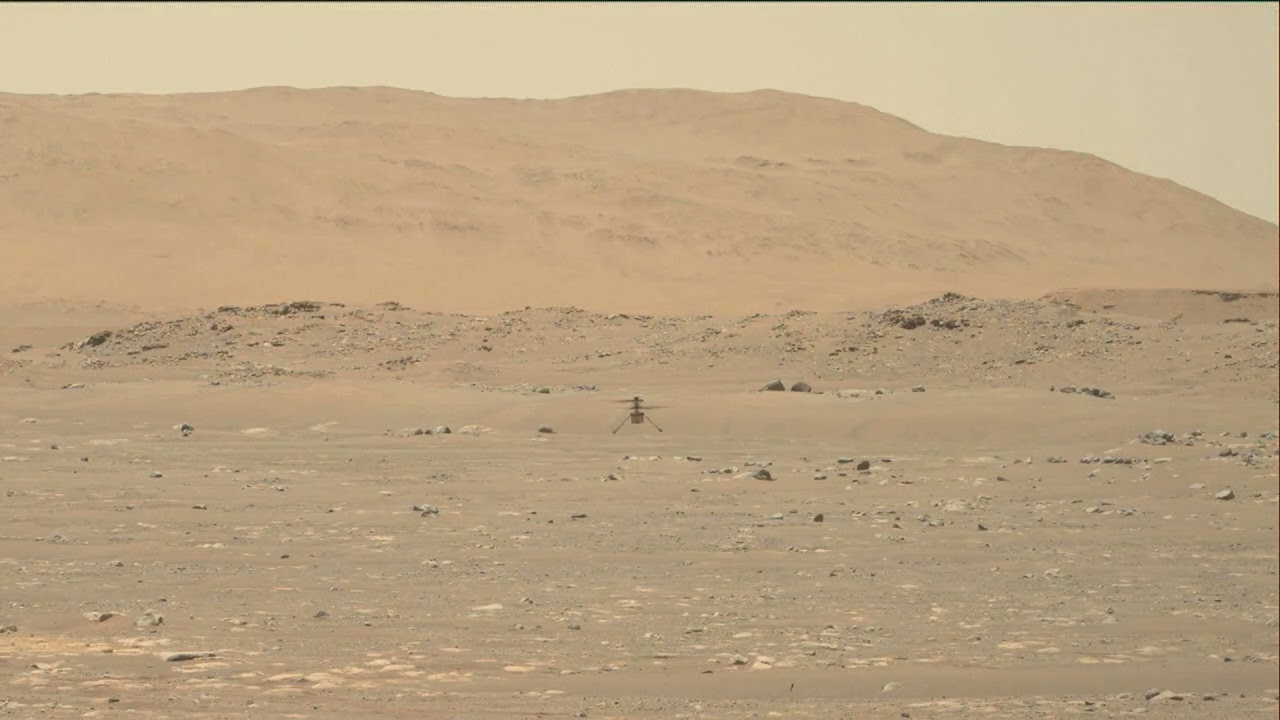 What's the best way to explore Mars? Perhaps there is no single best way, but a newly demonstrated method shows tremendous promise: flight. Powered flight has the promise to search vast regions and scout out particularly interesting areas for more detailed investigation. Yesterday, for the first time, powered flight was demonstrated on Mars by a small helicopter named Ingenuity. In the featured video, Ingenuity is first imaged by the Perseverance rover sitting quietly on the Martian surface. After a few seconds, Ingenuity's long rotors begin to spin, and a few seconds after that -- history is made as Ingenuity actually takes off, hovers for a few seconds, and then lands safely. More tests of Ingenuity's unprecedented ability are planned over the next few months. Flight may help humanity better explore not only Mars, but Saturn's moon Titan over the next few decades. via NASA https://ift.tt/3tDOFIA
Posted by Nadia Zagainova at 10:11 PM