Meteor Fireballs in Light and Sound 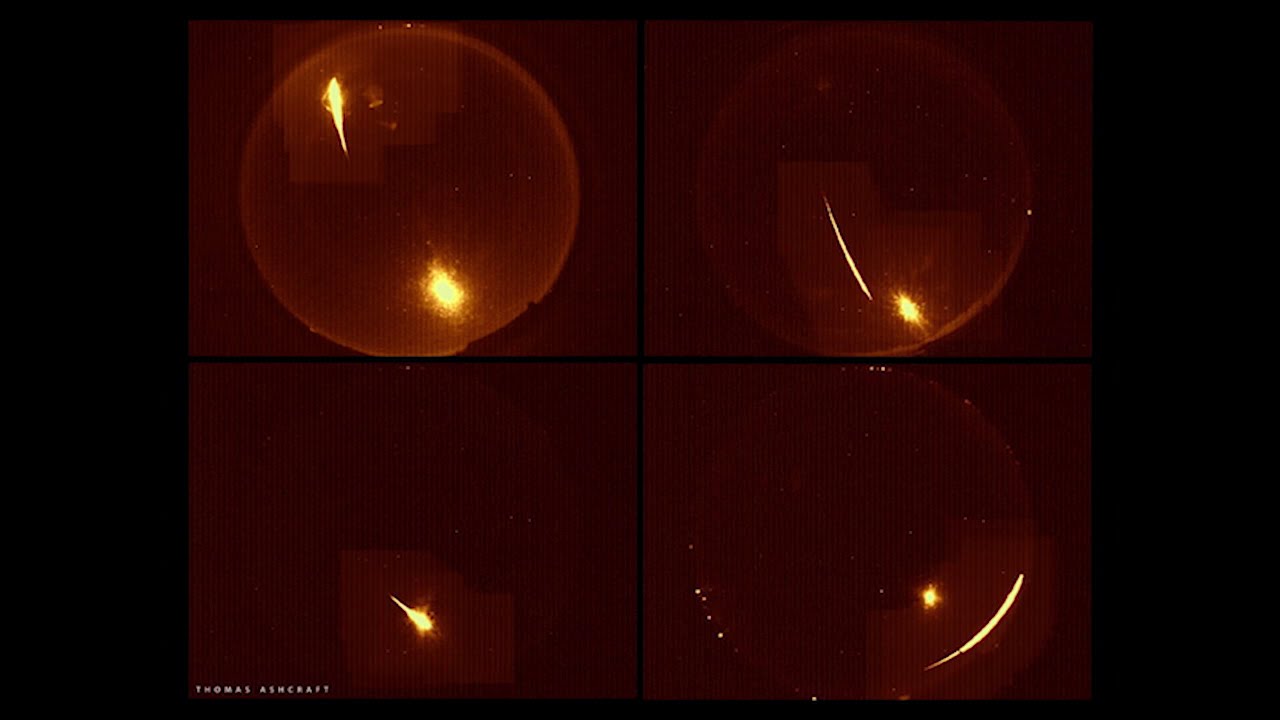 Yes, but have you ever heard a meteor? Usually, meteors are too far away to make any audible sound. However, a meteor will briefly create an ionization trail that can reflect a distant radio signal. If the geometry is right, you may momentarily hear -- through your radio -- a distant radio station even over static. In the featured video, the sounds of distant radio transmitters were caught reflecting from large meteor trails by a sensitive radio receiver -- at the same time the bright streaks were captured by an all-sky video camera. In the video, the bright paths taken by four fireballs across the sky near Lamy, New Mexico, USA, are shown first. Next, after each static frame, a real-time video captures each meteor streaking across the sky, now paired with the sound recorded from its radio reflection. Projecting a meteor trail down to the Earth may lead to finding its impact site (if any), while projecting its trail back into the sky may lead to identifying its parent comet or asteroid. via NASA https://ift.tt/3eCPxZi
Posted by Nadia Zagainova at 10:09 PM