Milky Way over the Pinnacles in Australia 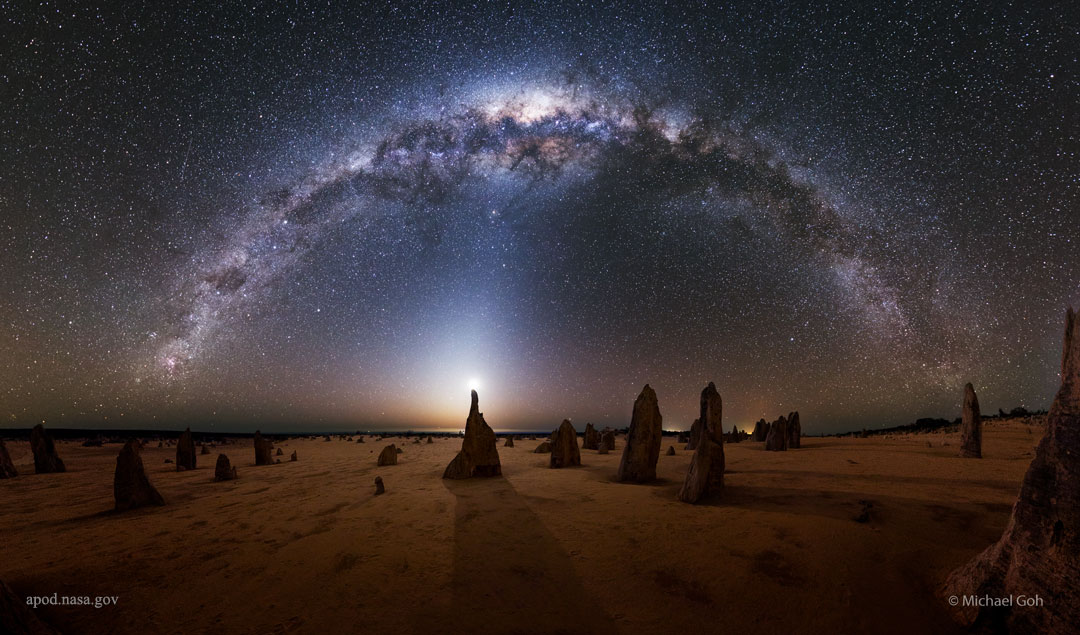 What strange world is this? Earth. In the foreground of the featured image are the Pinnacles, unusual rock spires in Nambung National Park in Western Australia. Made of ancient sea shells (limestone), how these human-sized picturesque spires formed remains unknown. In the background, just past the end of the central Pinnacle, is a bright crescent Moon. The eerie glow around the Moon is mostly zodiacal light, sunlight reflected by dust grains orbiting between the planets in the Solar System. Arching across the top is the central band of our Milky Way Galaxy. Many famous stars and nebulas are also visible in the background night sky. The featured 29-panel panorama was taken and composed in 2015 September after detailed planning that involved the Moon, the rock spires, and their corresponding shadows. Even so, the strong zodiacal light was a pleasant surprise. via NASA https://ift.tt/36Pnt13
Posted by Nadia Zagainova at 11:09 PM