The Galaxy, the Planet, and the Apple Tree 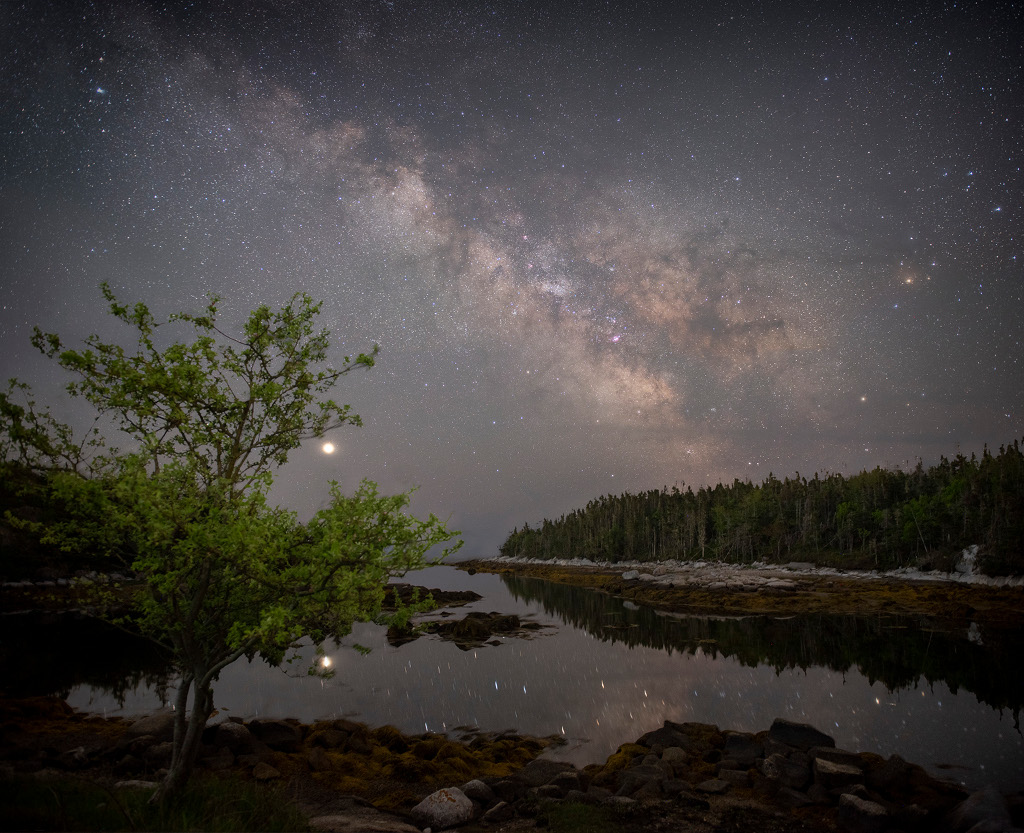 The Old Astronomer's Milky Way arcs through this peaceful northern sky. Against faint, diffuse starlight you can follow dark rifts of interstellar dust clouds stretching from the galaxy's core. They lead toward bright star Antares at the right, almost due south above the horizon. The brightest beacon in the twilight is Jupiter, though. From the camera's perspective it seems to hang from the limb of a tree framing the foreground, an apple tree of course. The serene maritime nightscape was recorded in tracked and untracked exposures on June 16 from Dover, Nova Scotia, planet Earth. via NASA https://ift.tt/2Zmq1y4
Posted by Nadia Zagainova at 9:09 PM