The Lively Center of the Lagoon Nebula 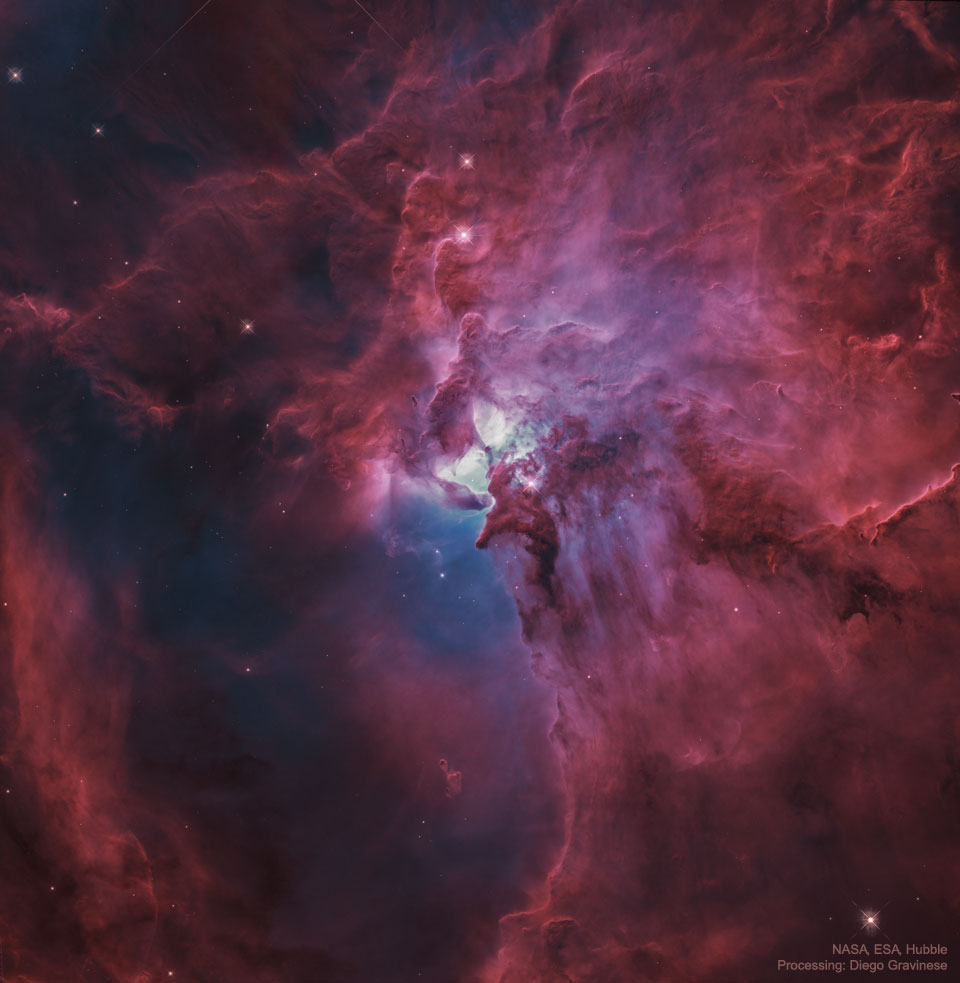 The center of the Lagoon Nebula is a whirlwind of spectacular star formation. Visible near the image center, at least two long funnel-shaped clouds, each roughly half a light-year long, have been formed by extreme stellar winds and intense energetic starlight. A tremendously bright nearby star, Hershel 36, lights the area. Vast walls of dust hide and redden other hot young stars. As energy from these stars pours into the cool dust and gas, large temperature differences in adjoining regions can be created generating shearing winds which may cause the funnels. This picture, spanning about 15 light years, features two colors detected by the orbiting Hubble Space Telescope. The Lagoon Nebula, also known as >M8, lies about 5000 light years distant toward the constellation of the Archer Sagittarius. via NASA https://ift.tt/3dl9Zup
Posted by Nadia Zagainova at 9:08 PM