Jupiter in Infrared from Gemini 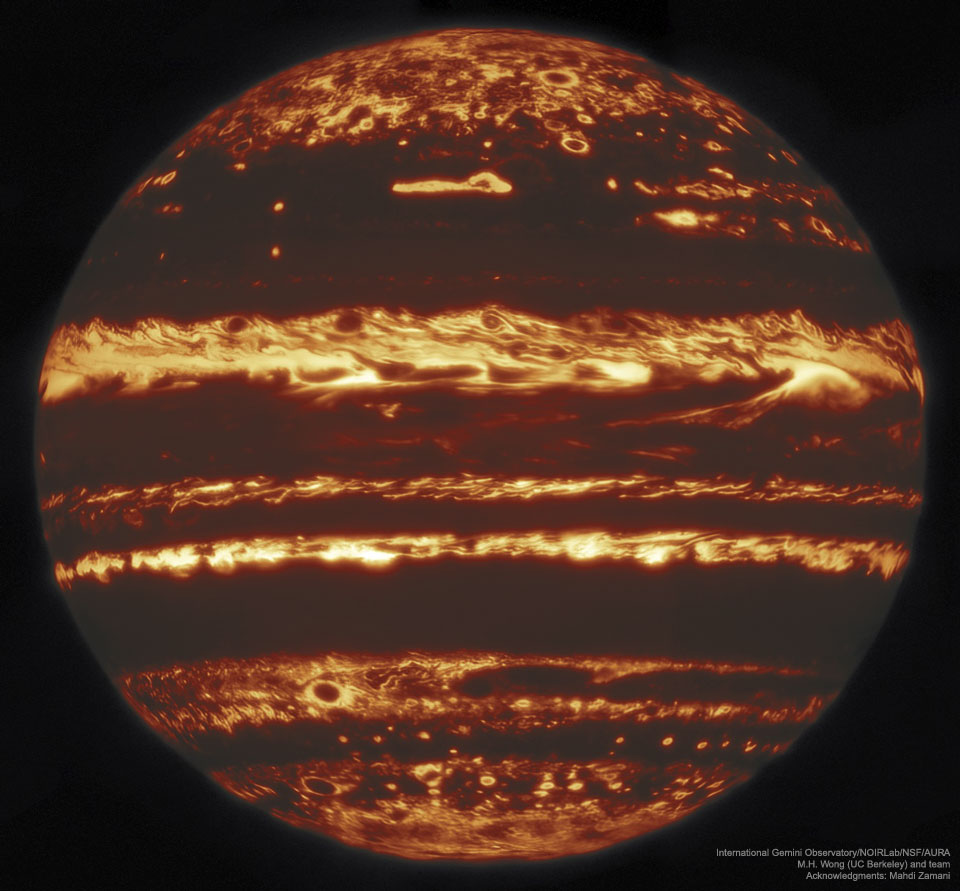 In infrared, Jupiter lights up the night. Recently, astronomers at the Gemini North Observatory in Hawaii, USA, created some of the best infrared photos of Jupiter ever taken from Earthâ€™s surface, pictured. Gemini was able to produce such a clear image using a technique called lucky imaging, by taking many images and combining only the clearest ones that, by chance, were taken when Earth's atmosphere=/a?> was the most calm. Jupiterâ€™s jack-oâ€™-lantern-like appearance is caused by the planetâ€™s different layers of clouds. Infrared light can pass through clouds better than visible light, allowing us to see deeper, hotter layers of Jupiter's atmosphere, while the thickest clouds appear dark. These pictures, together with ones from the Hubble Space Telescope and the Juno spacecraft, can tell us a lot about weather patterns on Jupiter, like where its massive, planet-sized storms form. via NASA https://ift.tt/2T1dXjE
Posted by Nadia Zagainova at 11:08 PM