Journey into the Cosmic Reef 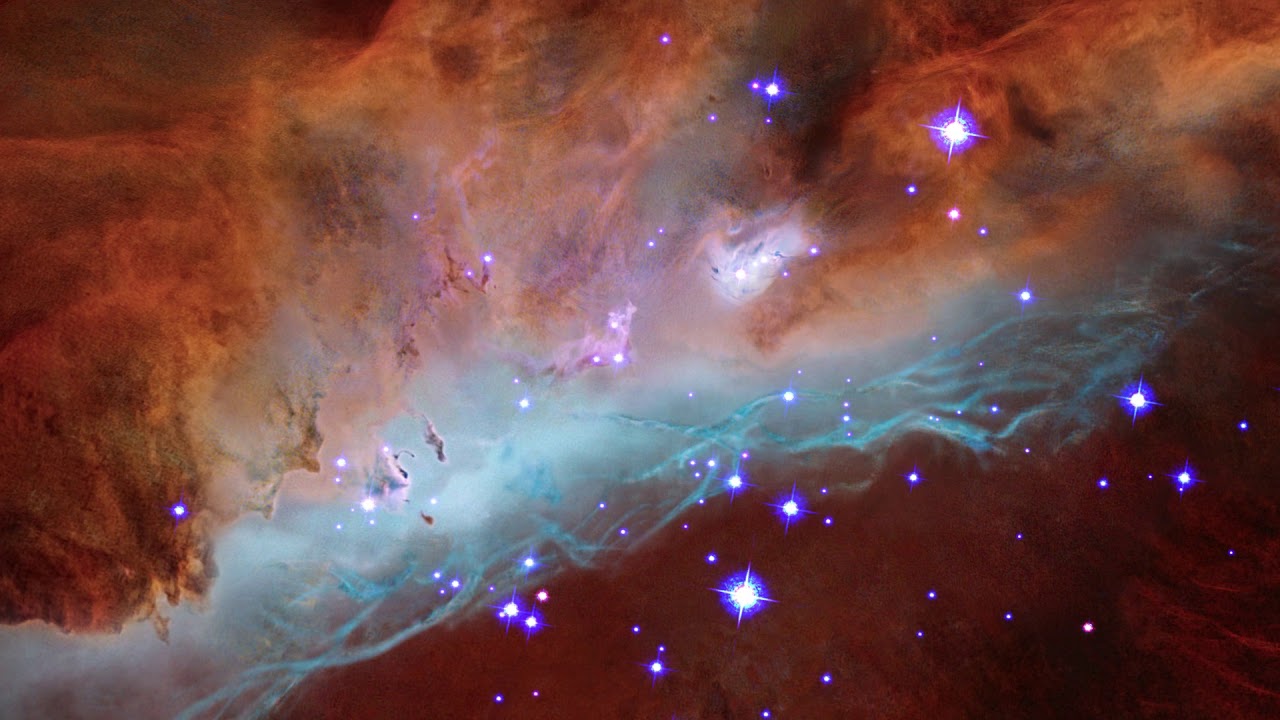 What would you see if you could fly into the Cosmic Reef? The nebular cloud NGC 2014 appear to some like an ocean reef that resides in the sky, specifically in the LMC, the largest satellite galaxy of our Milky Way Galaxy. A detailed image of this distant nebula was taken by the Hubble Space Telescope to help commemorate 30 years of investigating the cosmos. Data and images of this cosmic reef have been combined into the three-dimensional model flown through in the featured video. The computer animated sequence first takes you past a star cluster highlighted by bright blue stars, below pillars of gas and dust slowly being destroyed by the energetic light and winds emitted by these massive stars. Filaments of gas and dust are everywhere, glowing in the red light of hydrogen and nitrogen. The animation next takes you to the blue-colored nebula NGC 2020, glowing in light emitted by oxygen and surrounding a Wolf-Rayet star about 200,000 times brighter than our Sun -- a nebula thought to be the ejected outer atmosphere of this stellar monster. As the animation concludes, the virtual camera pivots to show that NGC 2020 has a familiar hourglass shape when viewed from the side. via NASA https://ift.tt/36bcaxz
Posted by Nadia Zagainova at 9:08 PM